The Medical Research Council (MRC) on Saturday conveyed its 2015 Director’s Award and Family Fun Day in recognition of the exceptional contributions and commitment of their employees.

The day was graced by MRC’s members of staff and families, at a ceremony held at the MRC grounds in Fajara.

The Director’s Award and the Family Fun Day was also celebrated in conjunction with the successful achievement of the Quinquennial 2016-2021 plan achieved in September 2015, which ensures the unit’s future with the possible contribution of all MRC units in The Gambia.

The day was also featured to recognize long service and employees who have exhibited exceptional performance or special efforts significantly beyond their regular duty requirements directly related to fulfilling the mission of the MRC Unit in The Gambia.

The event was also engaged with sport activities such as 100m race, tug of war and face painting for kids among others.

In his opening remarks, Professor Umberto D’ Alessandro, MRC Unit director, described the significance of the day, saying it was good to celebrate their working together, as they have been working hard in the same organization, a significant fraternity to enjoy as a family.

‘’it is very important that the family is here with us, because sometimes it is not very clear to themwhat our work is or what we are doing for people who are outside. This is an opportunity for us to be here together,’’ he said.

He added that the day provides an opportunity for MRC staff to show their family members where they work and what they do.

While applauding the work of the organizing committee of the event, Professor Alessandro revealed that the Unit has been doing well in its work, more so with the increasing number of different collaborators of scientists. 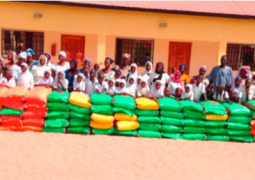 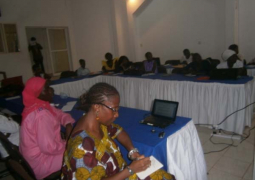