AGRICULTURE & DEVELOPMENT: Human Development Index positions The Gambia at 172 out of 187 countries

Ashwani K. Muthoo, Deputy Director of the Independent Office of Evaluation of IFAD (IOE), has disclosed that in the last decade, The Gambia had experienced a declining trend in poverty, with the country’s Gross Domestic Product (GDP) increasing from US$578 million in 2004 to US$914 million in 2013, though with erratic patterns.

Nevertheless, poverty is still pervasive, and the country’s Human Development Index positions The Gambia at 172 out of 187 countries.

“Though the contribution of the agricultural sector to the country’s GDP has decreased from 28 to 20 per cent over the last decade, it still employs about 65 per cent of the national labour force,” he stated.

“In 2011, agricultural production was low due to a drought year, and 2014 has again been difficult.

“Though no area in The Gambia is yet observed to be in an emergency or famine, this year the crisis is predicted to reach more than 4 million people. The nutrition situation is also worrying, with stunting between 14 and 30 per cent,” he added.

He noted that The Gambia and IFAD have developed a strong partnership for poverty alleviation over more than 30 years.

Since 1982, he added, IFAD had supported 10 projects and programmed for a total cost of US$196 million, of which IFAD contributed US$73.1 million.

“The support has focused on helping the government strengthen and empower farmers through their organizations and communities, with an emphasis on managing watersheds; promoting access to markets and linkages to value chains; creating rural financial and credit service; livestock development; and research, extension and training.

“The Fund has formulated one country strategy-the COSOP-in 2003, partially updated in 2012, and the country programme evaluation is the first to be conducted in The Gambia by the Independent Office of Evaluation, covering the period from 2004 to 2014”.

The evaluation finds that in general, IFAD’s country programme in The Gambia was well designed in some of its components such as the promotion of innovations, for instance the setting up of alternative energy sources (biogas and improved cooking stoves), the digitalisation of community maps and the recruitment and training of volunteer extensionists.

He said IFAD’s project portfolio had incorporated, in its design, a strong focus on gender, through which women have increased their productivity and incomes, and have become more empowered.

The portfolio had also concentrated on the development of value chains, which was included in the design of IFAD-financed projects and was in line with the government’s policies and strategies.

Overall, the design of the projects was consistent with the beneficiaries’ needs, IFAD’s strategic objectives and the government’s objectives, strategies and policies by addressing food security, employment creation and poverty reduction.

Notwithstanding these strengths, the evaluation finds areas that deserve further attention.

“Firstly, the evaluation finds that the portfolio performance was found to be weak in its effectiveness - the extent to which the programme achieved its objectives.

“Though many outputs were achieved, it was only in crop production that objectives were reached to a reasonable extent, whereas the achievement of rural finance activities was much poorer.

“Secondly, the programme lacked an adequate targeting strategy, and was weak in including a description of how geographical targeting should be used to focus on pockets of 7 poverty, and therefore did not adequately tailor interventions to the needs of the beneficiaries.

“Thirdly, sustainability of benefits is found to be an area for improvement.”

In general, sustainability has been limited by lack of ownership and engagement by beneficiaries in the planning, implementation and maintenance and oversight of project activities and infrastructure, two essential factors in order to sustain the gains made by projects.

High staff turnover, especially in the Ministry of Agriculture and IFAD-supported projects, had also constrained effectiveness and sustainability ratings.

“Last, but not least, value chain activities-although well planned in the programme design – were not properly linked with agricultural production or building on agricultural knowledge.”

“The capacity of beneficiaries was not sufficiently built in order for them to be able to store and process locally and transport their products to markets, enjoying the opportunity for higher prices and incomes.

“In conclusion, I invite you to absorb the inputs provided by this independent evaluation, and engage frankly and constructively in a dialogue to explore ways to enhance the collaboration between IFAD and the Government of The Gambia for preserving agriculture as a major source for economic growth and rural poverty reduction.”

Ides de Willebois, Director of West and Central Africa Division, IFAD, said the country’s evaluation, provided them with the opportunity to collectively and deeply reflect on the partnership between the Government of The Gambia and IFAD, which span over 33 years and reviews its performance and impact.

He thanked the government for lending all the necessary support to the Independent Office of Evaluation to conduct the first country programme evaluation, which started exactly a year ago.

“This would not have been possible without the great cooperation and collaboration from the government, and I specially want to appreciate the excellent support from the Minister of Finance and Economic Affairs and his team for coordinating and facilitating this important initiative from the beginning, making it a truly joint exercise for learning.

“In The Gambia, there is evidence that poverty (below the $1.25/person/day) has reduced from 58 per cent in 2004 to 48 per cent in 2013 as reported in the latest integrated household survey and poverty assessment.”

“That means, we still have almost half of the population trapped in poverty, which I am convinced are largely in the rural areas (74 per cent of the rural population are below the $1.25/day compared to 33 per cent urban population).” 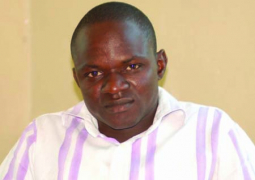 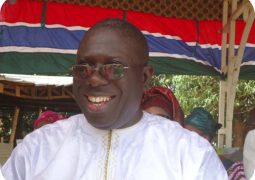