The Brikama Magistrates' Court presided over by Magistrate Nkea recently convicted and sentenced one Amadi Tijan Jallow, a resident of Jamisa, to one year in prison with hard labour for stealing from a motor vehicle.

The convict in his plea of mitigation begged the court to temper justice with mercy, saying that when he was stealing the motor battery he could not remember anything, as he was drunk at the time.

Magistrate Nkea in passing sentence told the accused that the court will not have any mercy on him, because he did it deliberately, since according to his mitigation plea he was drunken at the time. 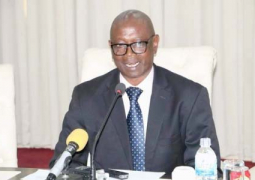