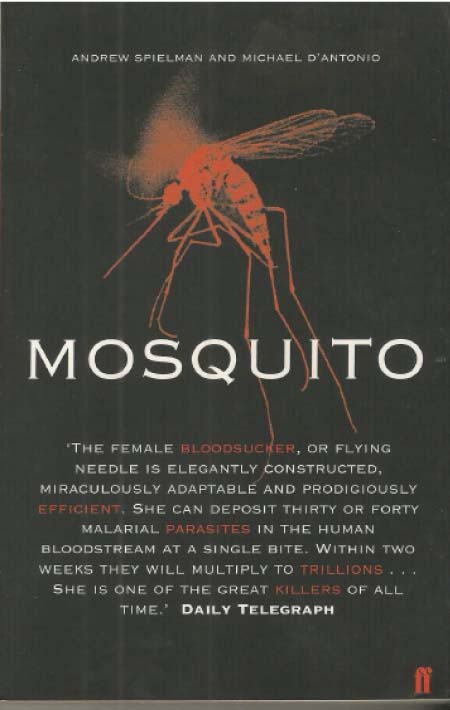 “No animal on earth has touched so directly and profoundly the lives of so many human beings. For all of history, and all over the globe, she has been a nuisance, a pain, and an angel of death. The mosquito has killed great leaders, decimated armies, and decided the fates of nations. All this, and she is roughly the size and weight of a grape seed.” –from the Preface to Mosquito

From its irritating whine to the itch of its bite, the mosquito is one of our least favorite creatures. Not merely a seasonal annoyance, this tiny insect delivers more illness to humanity than any other single living agent. Worldwide, mosquitoes transmit the agents of dozens of devastating diseases, including dengue, elephantiasis, and malaria, which affects ten percent of the world’s population.

Now, from a world-renowned expert on mosquitoes and a prize-winning reporter comes a lively and comprehensive portrait of the insect itself, its role in history, and its threat to mankind. Spielman and D’Antonio take a mosquito’s-eye view of nature and man. They show us how mosquitoes breed, live, mate, and die, and introduce us to their enemies, both natural and man-made. The authors present tragic and often grotesque examples of how the mosquito has insinuated itself into human history, from the malaria that devastated invaders of ancient Rome, to the yellow fever epidemics that plagued the Civil War-era population of New Orleans, to the current widespread West Nile fever panic. They portray the eccentric pioneers and heroic scientists who, in the late nineteenth century, first made the connection between mosquitoes and disease. They chronicle the attempts in the twentieth century to wipe mosquito-borne disease off the face of the earth, and how these efforts have backfired thanks to a combination of hubris, miscalculation, and misinformation; they highlight, in particular, the debacle surrounding the use and banning of DDT. And they explain what we can do as individuals and as a society to protect ourselves and our species.

Filled with little-known facts and remarkable anecdotes that bring this tiny being into larger focus, Mosquito offers fascinating, alarming, and convincing evidence that the sooner we get to know this little creature, the better off we’ll be. 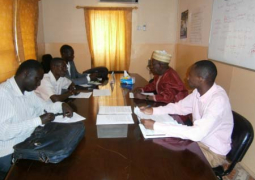