Magistrate Babucarr Secka of the Brikama Magistrates’ Court recently convicted and sentenced one Kawsu Kebbeh to a fine of D2,500 in default to serve three months in prison for stealing from a mosque.

The facts as narrated by the police prosecutor, Sgt 413 Sanyang, stated that it happened on 1 December 2010 at Busumbala village after the 5pm prayer.

He said the convicted person went into the mosque and stole two album audio cassettes, thirty-two cassettes of quranic recitations, three radio cassettes, one motor battery, one amplifier and a praying mat.

Sgt Sanyang further narrated that the items were kept in the iron box for safety, which the convict uprooted and took to one Hafta Cham at Churchill’s Town and asked Cham to help him to open the said box.

Cham, prosecutor Sanyang added, became suspicious and then called the Tallinding Police Station, who came and arrested the convict together with the suspected items.

He said the convict confessed to the police of stealing the items from the Busumbala mosque.

“The people of Busumbala were contacted and one Abdou Njie came and identified the items as being stolen from their mosque,” he added.

The convicted person begged the court to temper justice with mercy. 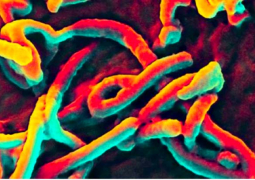