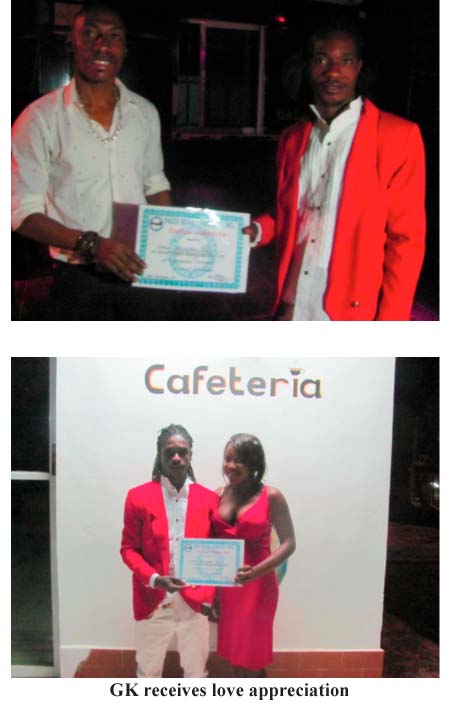 The competition was won by model GK, who is based in The Gambia; hence he was crowned “Home-based Winner”.

Mohamed Jalloh (aka Gullit), Chairman of Main Bowl Sweissy Organisation - a group of industrious Sierra Leonean youths mainly in commerce - presented the award and a certificate to GK on the night of Valentine’s Day - 14 February 2016 at the Galaxy Club in Senegambia, where the organization held a splendid and convivial dance show that brought together Valentine celebrants from far and wide across the country.

“I would like to thank my fans, who supported me,” the award-winning model said.

“I also appreciate Main Bowl for organizing such a wonderful programme. I would like to advise them to keep it up because the event provides opportunity and platform for upcoming models to showcase themselves and appreciate their talents,” GK, who also runs a commercial enterprise, added.