The new year and the targets

Warm greetings to all: Gambians and non-Gambians at home and abroad. We have entered another year with much hope and expectations of what good there is for us in the year.

The whole nation, including members of the public and the private sector, state authorities, civil society and human rights activists, students and people in all walks of life, are looking up to a better year 2016. And we hope and pray that all good wishes and plans are accomplished in the year. Amen

We are, however, aware that 2016 has a lot of things in store of us. These include the presidential election in December, which has opened the way for many other activities and programmes to be rolled out, such as voter registration, party registration, nomination of presidential aspirants, etc., etc.

As we roll out the year 2016, it is advisable that, on the country’s infrastructure front, the government focuses also on major roads rehabilitation across the country to ensure that some essential roads in the Greater Banjul and upcountry are rehabilitated against the next rainy season. Areas like Wellingara and Coastal Road are horrible sites even in the dry season talk less about rainy season.

The government should also build more cooperation with nations like South Korea, China, and other advanced countries for more lucrative investments and support in such areas as road rehabilitation, fisheries, energy and power.

We would, however, want to congratulate the government for their strides in education, health and agriculture, with some particular reference to the recent 500 scholarships given to students of the University of The Gambia and more than 200 scholarships also given to Gambians to study abroad.

There has also been marked improvement in the health sector such as the construction of hospitals and health centres across the country, as well as getting them equipped.

The agriculture sector has also been doing well, but we should not rest on our laurels; we have the deadline of September 2016 to put an end to importation of rice into The Gambia.

We should look also at introducing modern water irrigation systems the like what obtains in some major rice producing countries around the world.

Government should also invest more in security by beefing up the security apparatus with good equipment, vehicles and sophisticated technology to prevent any terrorism in the country.

As regards sport, a lot should have been done to promote and develop sport in the country by organizing competitions, from the grassroots to the schools level.

The municipalities should redouble their efforts to make sure the cities and towns are clean in order to avoid health hazards in the country.

On human rights, the government should ensure that all people detained more than 72 hours are tried or released as stipulated by the constitution. Press freedom as well should be encouraged.

It is essential that more public transport vehicles are put on the road, to get enough commercial vehicles plying the Banjul-Brikama highway and some other major routes across the cities and the country.

Essentially, more airlines should also be encouraged to operate in in The Gambia so as to ease the problem of air travel.

Getting these issues and other essential aspects like the country’s micro and macro economic problems addressed would certainly place our nation on a better pedestal for the year 2016.

“I believe the target of anything in life should be to do it so well that it becomes an art.” 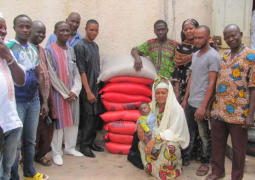