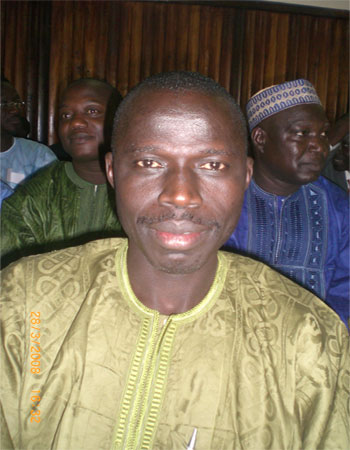 As the world commemorate 1st of May each years Workers Day, the occasion offers us an opportunity not only to celebrate but also to reflect on our achievements and shortcomings over the past year in order to effectively plan for the year ahead. Let me first of all register, on behalf of His Excellency the President Dr. Alh. Yahya AJJ Jammeh, the Government and people of The Gambia, my appreciation to both the employers and workers and workers associations for continuing to ensure that our industrial relations are carried out in a consultative and hitch-free manner. This I believe is a true manifestation and adherence to the principles or collective bargaining, and mutual respect for the rights and obligations of both parties to the employment relation I therefore look forward to a consolidation of this relationship of trust and respect for the mutual benefit of both employers and employees.

As we celebrate yet another Workers Day in The Gambia, I would like to focus this year's attention on the new labour dispensation in place. I am glad to report that during its third legislative session 2007, the National Assembly passed into law the new Labour Act, 2007 which seeks to incorporate the International Labour Organisation (ILO) conventions ratified by The Gambia since its accession to membership of the world body in 1995. The ILO Conventions in question are namely:

Convention 98 on the Right to Organise and Collection Bargaining

Convention 105 on the Abolition of Forced Labour

Convention 111 on Discrimination in Employment and Occupation

The new labour dispensation is also in line with Government's objective to promote social justice and internationally recognised human and labour rights.

Thus the Labour Act, 2007 which came into force on January 21, 2008 seeks to ensure that the regulatory framework for labour matters is aligned to developments in both the domestic and international labour markets in the quest to maintain a healthy working environment conducive to fair labour relations. The Act therefore brings labour relations in The Gambia in line with internationally accepted standards, and ensures that both workers and employers are protected from unfair practices. The new Labour Act takes cognizance of the fact that employment is fundamental to the fight against poverty and social exclusion.

I take this opportunity to call on our partners, employers and workers and their respective associations, to familiarise themselves with the provisions of the new Labour Act and work towards its effective implementation in the collective interest of all. May I hasten to add that the first obligation of an employer under the new labour dispensation is to ensure that every employee is issued with a statement of particulars of employment. In effect, Section 52 (1) of the Act calls on every employer to give to his or her employee a written statement of particulars of employment, and subsection (2) provides that the statement referred to in subsection (1) shall be given, in the case of an employee.

(b)        employed after the commencement of this Act, within one month of his or her reporting to work.

I would like at this juncture to inform you of a specific item on the statement of particulars of employment relating to pension rights. It is worthy of mention that just as the right to join or remain a member of a trade union or an organisation representing workers is an inviolable right of every employee, so also is the right to a pension. It is the responsibility of every employer to ensure that all eligible employees are registered with either of the pension funds administered by the Social Security and Housing Finance Corporation. I would also add that it is equally in the interest, and therefore an obligation, of employees and their organisations to monitor and ensure that their employers are effectively remitting their pension contributions as required. I would like to call on the Social Security and Housing Finance Corporation and the Department of Labour to increase their collaboration in this area to ensure that the provisions of both the Social Security and the Labour Acts are effectively adhered to.

Henceforth, my Department of State will not relent in its efforts to safeguarding the interest of workers, especially with regards to pension or retirement benefits. However, I urge all employees to play their part by meeting their obligations fully. As workers look up to their employees for loyalty at work, dedication to service and improved productivity.

We must therefore take our work very seriously and display a high sense of sincerity at work and avoid actions and behaviour that are dishonest. In this regard, I urge workers to change their attitudes and work habits and ensure that their obligation to duty is not found to be wanting in any respect.

Occupational health and safety at work is also another area that deserves to be given much attention within the context of decent work and industrial relations. For the most part one can safely say workers in The Gambia are not exposed to the serious hazardous conditions obtained elsewhere in the world, where they can easily contract diseases associated to big industrial outfits such as chemical factories. However, agricultural workers, workers in cement and plastic factories could be exposed to infectious diseases associated with those occupations.

It is in the collective interest of both employers and employees to create an environment that is healthy and safe enough for effective work to take place. I would therefore urge employers to provide protective gear and equipment where required and to ensure that the use of such is adhered to by all those affected at all times. I also urge employees and in particular, their associations, to ensure that they fully understand the consequences of not using protective gear and equipment where required, and to oblige their membership to comply in their own interest.

On this note, I thank you all for your kind attention and wish you a restful and blessed May Day Celebrations. 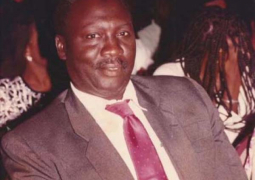