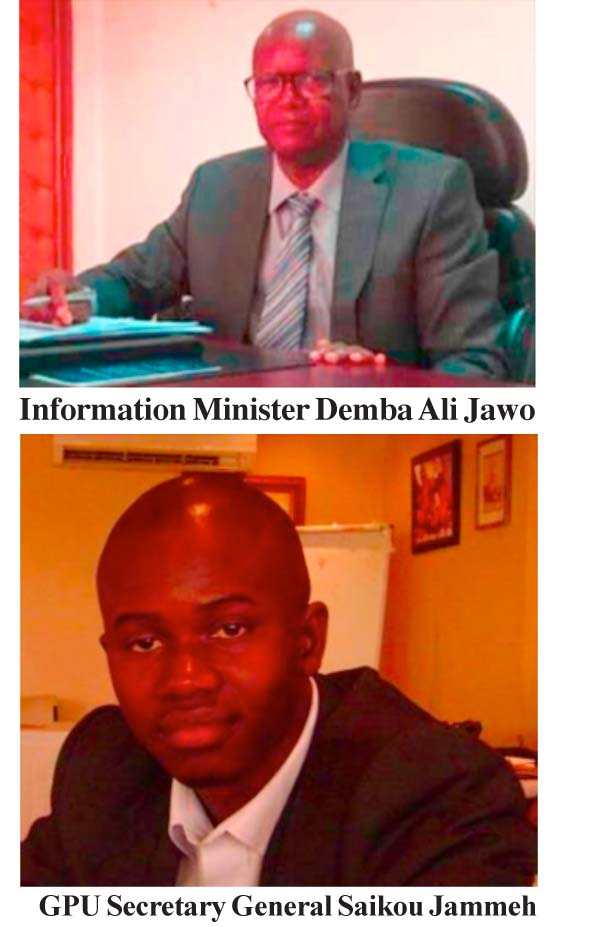 The Ministry of Information and Communication Infrastructure, and the Gambia Press Union have expressed concerned over the closure of Daily Observer newspaper by the Gambia Revenue Authority.

On Wednesday, 14 June 2017, the GRA ordered the Daily Observer to cease operations with immediate effect for failing to comply with its tax obligation resulting to the company owing accumulated tax arrears of D17 million.

In separate statements issued by the ministry and the press union, the two bodies called for dialogue and negotiations with a view to resolve the matter for the newspaper to resume operations.

Below we publish the two statements verbatim.

The Ministry of Information and Communication Infrastructure has learnt with concern the “temporary” closure of the Daily Observer newspaper by the Gambia Revenue Authority (GRA) due to its non-compliance with its tax obligations.

The Ministry however wishes to reiterate that the closure has nothing to do with the paper’s editorial policy, but it is as a result of the Observer Company’s failure to pay over D17 million tax arrears that it is owing to the GRA despite several reminders.

The Ministry has been reliably informed that in the past, the GRA had reached an agreement for a payment plan but the Observer Company had failed to honour its own part of the agreement.

Therefore, the GRA was relying on the powers conferred on it by Section 215 of the Income and Value-Added Tax Act 2012 which gives it the authority to temporarily close down any persist defaulter.

The GRA has however expressed the hope that the temporary closure would open a window of opportunity to renegotiate a way forward with the Observer Company with a view to settling the outstanding arrears.

Once again, the Ministry regrets the action and will be working towards an amicable resolution of the impasse that would enable the Daily Observer resume operations as soon as possible.

The Gambia Press Union (GPU) is deeply concerned about the closure of the Daily Observer Company by the Gambia Revenue Authority (GRA).

On Wednesday June 14, 2017, the GRA ordered the Daily Observer to cease operations with immediate effect.

The GPU has since engaged both the management of the Daily Observer and the senior management of GRA, including the Commissioner General, Yankuba Darboe.

The authorities at both GRA and Daily Observer have confirmed that the closure resulted from the newspaper’s failure to pay tax overtime.

However, the GPU is of the considered view that the closure of the Daily Observer is regrettable and impairs freedom of expression in The Gambia.

While GRA might have acted within the country’s tax laws, the GPU urges the tax authorities to explore other ways of settling the matter.

Moreover, the Union believes that the impact of this measure by GRA is disproportionate as the harm that the closure causes to free expression and welfare of journalists outweigh the benefits.

The shutdown has rendered more than hundred media workers jobless and puts the company in a difficult position to respect its tax obligations.

While working to bring the two parties to dialogue and work out a realistic payment plan, the GPU is appealing to the GRA to allow the Daily Observer to resumes operations immediately.

The Union also reminds The Gambia government of its obligations to create a favourable environment for freedom of expression, and therefore urges the government to as a matter of urgency move to review the tax regime imposed on the media in the country.