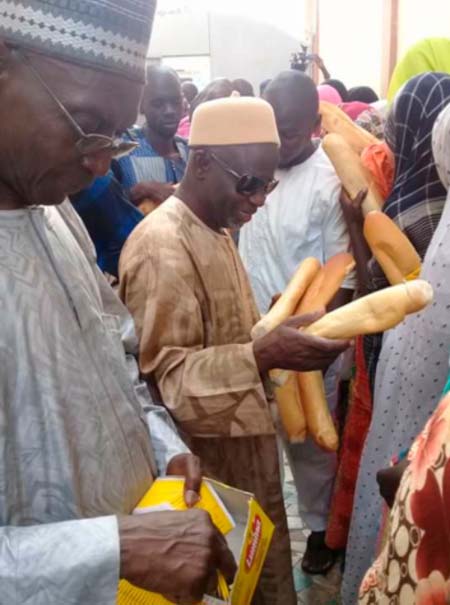 Gambia’s Minister of Foreign Affairs Mr. Ousainou Darboe, has said that helping the poor and the needy, especially in times like the Ramadan, do not in any way represent political campaigns.

According to him, such generosity by the NGO is complementary of government’s efforts in ways that impacts on livelihoods beyond measure.

“I am not here for political reasons…  Rather, I am lending support to the work of Modou Turo Darboe in his dedication to support the poor in times like this,” Minister Darboe said, urging others to emulate the NGO.

The director of The Association of NGOs in The Gambia (TANGO), Ousman Yarboe, who was also present and equally participated in distributing iftar packages to hundreds of women, men and children at the NGO’s offices in Churchill’s Town, said “if the Gambia has more Modou Turo Darboes, then it will augur well for the poor people.”

To err is human…