Memories of Deyda linger on

The killing of our former managing editor, Deyda Hydara, on the fateful day of 16 December 2004 has left a long story to tell, which will always be told and maintained in the history of The Gambia.

The heroism of Deyda Hydara will always be told and made to resonate the world over, more so that the culprits are yet to be apprehended and brought to justice.

Hence ten years on, memories of this illustrious son of The Gambia linger on.

Deyda will always be remembered for his invaluable service to the development of the Gambian media. He also continues to be a role model for his immense contribution, in many ways, to the socio-economic development of The Gambia.

This media icon was of service to humanity in many ways. Through the discharge of his professional duty as a journalist, Deyda was giving political and civic education to the people; he was of assistance to many, financially, educationally and socially, for he created opportunities for many to learn, practise journalism and gain knowledge and wisdom over his life time.

He also rendered help through giving sound advice and guidance to many, as well as physically provided funds from the sweat of his brow to support the education and foot the health bills of many Gambians and people of other nations. Hence memories of him still linger on in the hearts and minds of people the world over.

Deyda is one of those servants of humanity who exemplify the fact that the education of a man is measured not only by the sum total of what he knows or of the skills with which he could put this to his own advantage.

He believed and demonstrated the fact that man’s education is also measured by the level of his contribution to the development of his community or society and of the soundness of his judgment of people and things as well as his service to his fellow human beings.

Testimonies and tributes by some of the people who got to know and work with him speak volumes of who was Deyda.

Pa Momodou KB Faal of Gambia Workers Federation once said of him: “Deyda Hydara was a family man, a man of the toiling journalists, a freedom fighter, a revolutionary and above all, a nationalist with intellectual militancy, and a democrat and dedicated humanist.

“The type of love this man had for The Gambian people is hard to find. He was ready to make the greatest sacrifice for the cause of the poor and the downtrodden. He suffered life-long deprivations for them and lived totally for them.

“Deyda was an unbending humanist; his life was gentle, disciplined, peaceful and fair. He abhorred opportunism and beamed hope and determination for the suffering masses.”

Patrick N. Olisa, editor of Eras Business & Financial News, who had the opportunity of working with Deyda, in an interview with The Point, also says: “Deyda is gone, but his legacy lives forever.

“To those of us that were privileged to work with him, he was a role model and a mentor.

“Deyda was a thorough professional who fearlessly pursued what he believed in, and I hope his brand of advocacy journalism will be emulated by journalists everywhere, especially the young ones.

“I remember that Deyda used to stress that ‘facts are sacred’, which was a major guiding principle of his journalistic work.

“I pray that God will continue to grant his family the fortitude to bear the loss.

“Deyda Hydara will always be remembered.”

“It is the cause, not the death, that makes the martyr.”

Two in The Dock for not honouring transactions 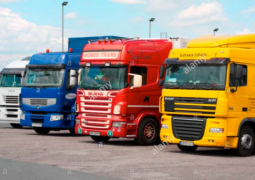