Dr Lamin G. Janneh, a medical doctor at the Royal Victoria Teaching Hospital in , recently testified in a rape case involving one Sanneh Kah at the Special Criminal Court before Justice Emmanuel Nkea.

Dr Janneh told the Special Criminal Court that he prepared exhibit C, the medical report, but  he could not determine who exactly raped the victim.

He added that, according to his findings, the victim was raped, but he could not tell who raped her.

The medical report was tendered and admitted as exhibit.

The case at that juncture was adjourned till 7 August 2012.

It would be recalled that the accused, Sanna Kah, was accused of raping an underage girl some time last year in Yundum, West Coast Region, a charge he had since denied. 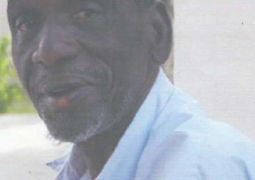