Mariama Ceesay and Jarra Kijera were charged with assault at the Kanifing Magistrates’ Court before Magistrate Ngube, an allegation they had denied.

After prosecutor 3560 Colley had closed his case, Mariama Ceesay opened her defence on 26 April 2012, discrediting the prosecution’s witnesses who had already testified against her.

In her testimony, she told the court she lives at Bansang and she is the third wife of her husband.

She stated that she did come to the Kombos to attend the naming ceremony of the daughter of the first wife of her husband.

She added that the second wife, Khaddy Samba, entered into the house and asked who Mariama was.

Three days later, at 9 p.m., the second wife insulted her but she did not respond, she testified, adducing she (the accused) called the attention of the tenants and told them the second wife was insulting her.

She stated that on 27 April 2010, at 3 a.m. while she was in the bedroom of her husband with him, the second wife knocked at the door asking them to open it.

Her husband refused to open the door, she testified, saying that at 7a.m., after her husband had gone out of the compound, the second wife confronted her and told her she came all the way from Bansang to make love with their husband.

She also told the court that when the second wife insulted her again, she did not respond.

She further testified that the second wife entered into the bedroom of their husband and took out a gas cylinder and again insulted her.

She adduced that this time she responded by asking the second wife the reason she was insulting her.

She responded because the insult was too much for her and could not bear it any longer, she told the court

Because of her response, the second wife slapped and scratched her on the neck, Mariama the accused explained, saying she reciprocated and they started fighting, but after some moments they were separated.

NYP Speaker Off to US 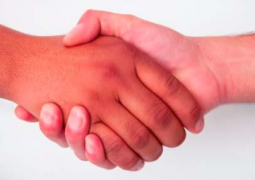