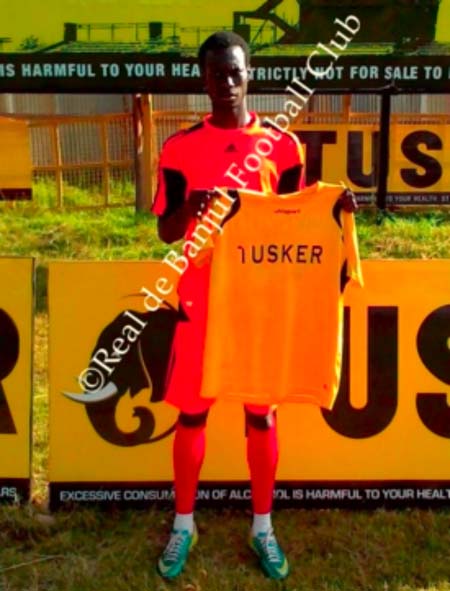 Midfielder Nyan, who re-joined Real de Banjul on a free transfer last month, signed a two-year loan deal with the Kenyan club, which has an option of signing him on a permanent basis in the third year.

The hard tackling midfielder has also been a key figure in Gamtel’s success in international competitions namely, the CAF Confederations Cup and the WAFU.

The Gambia Scorpions international told www.realdebanjul.gm from his base in Nairobi: “I am thanking Allah for bringing me to another level of football because the Kenyan league is a top league with very good and professional players.”

“I left Real de Banjul, always champions, for another champions club in Kenya. This is going to be a good start for me, and I do hope to move on to a higher level by working hard here.”

“I will like to take this opportunity to thank the Real de Banjul Executive for this opportunity because, even though I joined the team a short while ago to help in this season’s campaign, they didn’t block my move like we have seen others do, and they allowed me to come here.”

The Real de Banjul President said: “I am happy that we have finally been able to make his dreams of becoming a professional footballer come through. The Kenyan league is one of strongest in Africa, and their matches are shown on TV, so to have our Gambian players playing there is a big plus for the country.”

“We signed him to help us in our upcoming CAF Champions League campaign, but the opportunity for him to leave came and we had no option, but to allow him go and begin his professional life elsewhere.”

“We want to thank Matarr for the dedication he has shown during his short stay with us after coming back, and we wish him the best.”

Tusker FC is the third most successful club in Kenya with ten Premier League titles and three Kenyan Cup championships.

Everyone at Real de Banjul would like to wish Matarr the best for his time in the Kenyan Premier League. 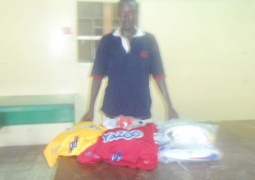