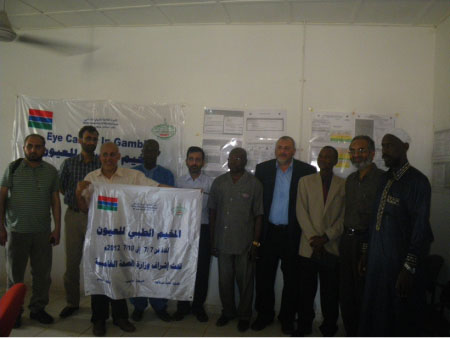 The World Assembly of Muslim Youths (WAMY), through its office, in collaboration with its partners in , recently concluded a weeklong eye care service in The Gambia.

The volunteers led by the WAMY regional director based in , were in the country to offer free cataract surgery and other eye care services to about five hundred people.

They were based at Bwiam at the in the West Coast Region.

Speaking at the forum held at the conference hall, the team leader of the delegation, Dr Intzarr Hussain, said the organization of the weeklong event was supported by World Assembly of Muslim Youths.

According to him, WAMY is an international organization which is an affiliate member of the United Nations.

Established in 1972, WAMY, he said, has over fifty-two offices around the world with the aim of propagating Islam and supporting young Muslims in their personal and social development and works to enable them to fulfill their potential as well as offers humanitarian assistance.

He also used the occasion to thank the government and all those contributing towards the success of their Eye Camps in The Gambia.

He also thanked the management of their host hospital in Bwiam for their support in ensuring that WAMY is accorded the environment conducive to stay.

He also hailed the Ministry of Health and Social Welfare and the community of Bwiam for their support and hospitality.

For his part, Imam Ibrahim Jerju, member of the national organizing committee, thanked the WAMY Dakar office for supporting the mission.

He also thanked the doctors and the entire team for helping the eye patients in The Gambia at no cost.

Ansumana Sillah, a Gambian health personnel, thanked the doctors for travelling all the way from their country to offer services to Gambians.

He also explained briefly about the eye health programmes, saying it was established in 1986 and since then the government has been making tremendous effort at meeting the eye health care needs of the population.

The eye care programme head said that this partnership with WAMY is a step in the right direction as it seeks to improve not only the eye healthcare needs but the quality of the eye health delivery in the country. 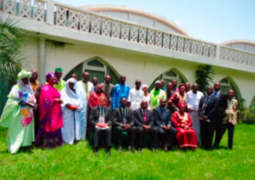