The newly-promoted side Marimoo on Saturday beat Bombada 1-0 in the week-two fixtures played at the Brikama Box Bar Mini Stadium, to maintain their hundred percent record in the 2016-2017 Gambia Football Federation domestic division one league.

Real De Banjul and Tallinding United both bounced back in the league after beating Gamtel and Serrekunda United in their week-two fixtures.

The Manjai-based outfit beat Tallinding United on the same score-line in their opening league fixtures last week before their 1-0 win over Bombada to maintain their hundred percent record in the top flight. 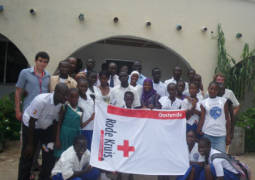