Gambian striker Assan Jatta says he is extremely delighted to pen a one year professional contract with Belgian third tier club Mariekerte, and has vowed to play a major role in helping the club gain promotion to the second tier of Belgian football.

The 25-year-old lanky forward who was once regarded as one of the hottest prospects in Gambian football, following successful spells with both the GFA top flight side Steve Biko FC, and more especially the national senior team, the Scorpions, is reported to have been offered a one-year contract with Mariekerke FC.

Jatta was believed to have been spotted by Mariekerke from another Belgian third division team, Ternesse club, after his hat trick caught the eyes of the Belgian outfit during a pre-season football match between the two sides last Friday.

And the Belgian club wasted no time in spelling out their desire to tie the former Steve Biko hit man to an undisclosed contract fee, believed to be worth more than his previous deal with Ternesse FC.

He has since a week ago began effective training for his new team as the club fights to regain promotion to the second division.

In an exclusive interview with Pointsport from his based in , the former Scorpions goal machine, Jatta, said he was more than delighted to sign yet another professional contract after more than three years in the wilderness.

“I am happy for the trust and confidence Mariekerke has shown in me, which resulted in them offering me a one-year contract.

“I will try my best to score as much goals as possible for the club as a form of repaying them for their trust,” added the former SK Lierse International player, who first moved to to sign a two-year professional contract with SK.Lierse, then a first division team in , together with his comrade Mustapha Toubabo Jarjue, in 2006.

Jatta also known as Bierhoff started his football career with a Naweetan team in his native town Bakau, called Vietnam Border, in 1999.

He proceeded to play for the national U-17, U-23 and the Senior national teams and has since developed into becoming one of the most impressive goal poachers in the process. 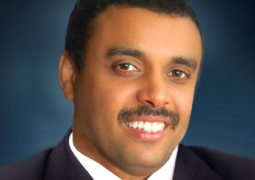