The recent move by s two chambers of parliament to passed motions recognising Vice President Goodluck Jonathan as acting head of state in the absence of the African oil producer's ailing leader is a step in the right direction.

The decision is a good one as it would end the country's long standing power vacuum.The motions backed by the majority of members of both chambers, enable Jonathan to pass legislation and act as commander of the armed forces until President Umaru Yar'Adua declares he is fit enough to resume his duties.

"The Vice President... shall henceforth discharge the functions of the office of the president, commander in chief of the armed forces of the federation, as acting president," the Senate motion said.

The move takes s most populous nation into uncharted political territory. We hope that president Yar'Adua would make a written declaration that he is on vacation or unable to carry out his duties for the betterment of such a transfer of powers.

Yar'Adua has been in Saudi Arabia receiving treatment for a heart condition for more than two months and his failure to formally hand over to Jonathan has risked bringing government business to a grinding halt.

"The last 78 days have been very challenging to us as a nation... We have examined all the options available to us and rightly concluded it is necessary to take this stand and allow the country to move forward," Senate President David Mark said.

In a speech to the upper house, he acknowledged that the motion tested s laws but said parliament had to do what was necessary "when faced with a situation that was not contemplated by the constitution."

We urged President Yar'Adua to pursue his medical treatment in as at now and give all power to his deputy as demanded by the Nigerian lawmakers.

Both the Senate and House of Representatives made clear that Jonathan would hold executive powers only until the president could return to office.

Despite the constitutional question mark over the move, Jonathan's empowerment means that government business can continue if Yar'Adua's absence continues for a long period.

The laws are meant for people and as lawmakers and people's representatives parliamentarians must always act in the best interest of the people. 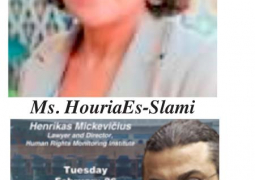 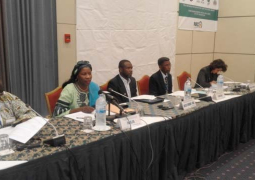 ICJ agrees with the Gambia against Myanmar