Sissoho, defence counsel, on 11 April 2011, cross-examined one Diana Van Weert, a prosecution witness, in the criminal trial involving one Lamin Shabba Danso, alleged to have obtained money by false pretence and stealing.

Testifying under cross-examination, the witness told the court that she bought a house in The Gambia in April 2010 without the help of the accused person.

When quizzed if she could recall a married ceremony that took place between them at Brikamaba, in reply she said she couldn’t remember getting married to the accused.

The witness also denied giving vehicles, monies to the accused for married relationship, save for business.

When put to her that she was constantly calling his client all over to come to The Gambia, the witness denied such an allegation.

According to the charge sheet on count one, the accused, between February and April 2010, at Fajara and diverse places, with intent to defraud, fraudulently obtained D129,000 with representation that he would buy a plot of land and fence for her in Brufut, which representation he knew was false.

Count two revealed that the accused at the same time and places, converted three vehicles, Audi S6, 190 Mercedes Benz and BMW X-5 and registered them in his name at the Licensing department, after which the accused did pledge the Audi and BMW to Abdou Mendy and Ousainou George and sold the 190 to one Matarr George, knowing that the vehicles were financed by Diana Van Weert for a joint business at the TDA. 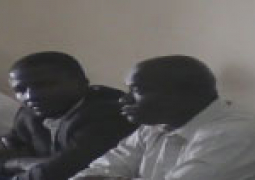