Ex-Superintendent Manlafi Sanyang and former Lt. Bakary Camara were yesterday returned to the State Central Prison in as their case could not proceed as billed.

Meanwhile, their alleged ally in crime, Dominico Fideli, has been charged for receiving the said stolen government vehicle.

Their cases were supposed to continue yesterday at the Banjul Magistrates' Court but it could not, for according to prosecutor Touray, his witnesses were said to be busy on an official assignment and, as such, could not make it to the court. 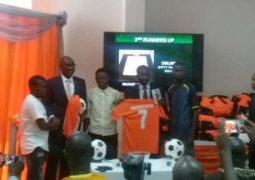