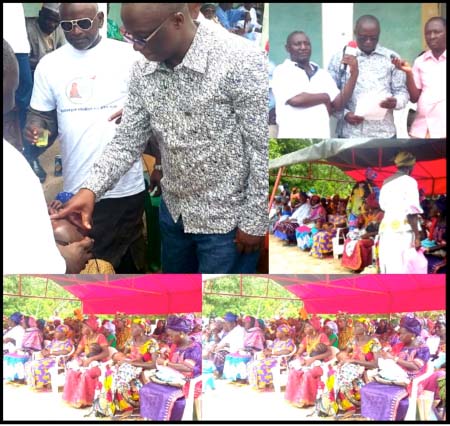 The National Malaria Control Programme (NMCP) on Tuesday launched the Seasonal Malaria Chemo-prevention (SMC), a strategy to tackle the incidence of malaria in The Gambia.

The latest national strategy to control malaria was launched at Bakadaji village in Upper River Region, the first of such kind in the region.

The launching of SMC is said to be critical for the achievement of the Sustainable Development Goals.

And it is also a demonstration of The Gambia’s renewed efforts to make progress towards preventing and controlling malaria so that it ceases to be a major public health problem in the country.

In his launching statement, Minister of Health Omar Sey said the SMC project was spearheaded by the Gambia Catholic Relief Service (CRS) in collaboration with the Ministry of Health, UNICEF, WHO, and MRC towards the eventual elimination of malaria in The Gambia.

Dr Sey pointed out that the launching of SMC is both “timely and recommended”.

He explained that the project came about through a recommendation of WHO as an effective intervention to prevent malaria in approximately 24 million children aged 3-59 months who live in areas subject to a seasonal surge in malaria incidence mainly in the Sahel sub-region.

The minister called on the regional governors to support the Ministry of Health and partners in ensuring a successful SMC campaign so that together malaria can be rolled back in The Gambia.

Balla Kandeh, programme manager of National Malaria Control Program (NMCP), said the launching of the SMC project is also a demonstration of the level of partnership between the Ministry of Health and the NMCP in controlling and preventing the epidemic of malaria in The Gambia.

The deputy governor of URR, Cherno B. Touray, said the SMC is in line with the development aspirations of President Jammeh to provide preventive health care services to Gambians and non-Gambians in The Gambia.

“SMC with other malaria control strategies will no doubt reduce the incidence of malaria especially in children less than five years of age,” he said.