The Bundung Magistrate Court, presided over by Magistrate Lamin George has on 21st October 2009, convicted and sentenced one Lamin Kanyi to one year, 6 months mandatory jail term for stealing.

The convict admitted the fact as narrated by Prosecutor Sambou as the truth.

The convict, in his plea of mitigation, begged the court to temper justice with mercy, stating that he would never do it again. 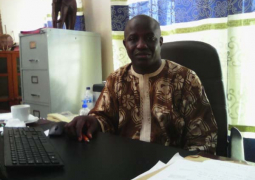