A man called Abdourahman was recently dragged to court by one Mohammed Coker at the Kanifing Magistrates’ Court, for allegedly damaging his laptop.

The plaintiff, Muhammed Coker, revealed to the court that he once took his laptop to the defendant for recharge where the defendant told him that he had seen someone who had interest in the laptop.

He was asked by the defendant if he could leave it with him, so that the costumer would take a look at the said laptop, which he did.

He said two days later, he came to check on the laptop and found out that it had broken down, adding that when he put on the laptop, it did not give out any light.

The plaintiff added that the defendant said to him that the laptop was not recharged that was why it could not come on, adding that  when he took it back home the same thing happened – the laptop failed to light.

“I later returned to him to tell him that it was not on,” the plaintiff stated.

He added that it was then the defendant asked him whether he wanted to create a problem for him.

Coker further told the court that during that argument he was advised to report the matter to the police station, which he did, stating that he went with two police officers to arrest the defendant.

He said at the station, the police advised him to take the matter to court, which he did.

The case at that juncture was adjourned till 21 November 2011. 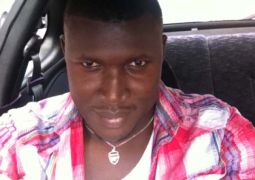