One Kebba Manjang was Monday arraigned before Magistrate S. Sanneh of the Brikama Magistrates’ Court, charged with two counts of criminal trespass and common assault.

According to the charge sheet read in court on count one, the accused, Kebba Manjang, on 12 July 2014, at Gunjur Village, Kombo South, West Coast Region, entered into the compound of one Yankuba Jabang with intent to intimidate, insult or annoy the said Yankuba Jabang, thereby committed an offense.

Count two stated that the accused on the same date, place and time wilfully and unlawfully assaulted Yankuba Jabang by hitting him all over the body, thereby committed an offence.

He pleaded guilty on count one and denied count two.

The facts as narrated before the court by the prosecutor stated that it happened on 12 July 2014, at Gunjur between19:00 and 20:00, the accused went to the compound of Yankuba Jabang to ask for one Edirissa who was the mother of the complainant.

The prosecutor said the accused started insulting the complainant’s mother and the daughter came out to ask him whom he was insulting.

The prosecutor further said the complainant’s mother went to report to the station and the accused was apprehended and taken to the station.

The case continues on 1 September 2014, for judgment on count one and proceedings on count two. 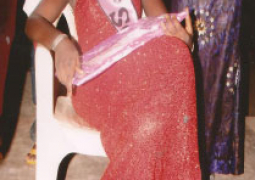