Omar Jallow, an accused person, was recently arraigned before Magistrate Tabally of the Kanifing Magistrates' Court for allegedly stealing D350 and a mobile phone from a handicapped woman who was in her wheelchair.

According to the particulars of offence, Omar Jallow on or about the 19th October 2010 at Westfield stole the sum of D350 and a mobile phone mark Samsung, valued at D800, the property of one Haddy Manneh of New Jeshwang. He pleaded not guilty.

The prosecuting officer, first class 2118 Gomez, called his first witness to testify against the accused person.

She adduced that the reason she decided not to sell her drinks to the accused was that he was smelling alcohol, and she feared that he may hit her with the bottle after drinking the soft drink. She revealed that the accused was with another man.

She added that her mobile phone was just on the table at which she was selling, and the sum of D350 was in her bag, which was also placed on the table.

The witness went on to say that, while she was chatting with another person, the accused person snatched her mobile phone and the D350 without her noticing.

She further testified that it was the person, with whom she was chatting, who called her attention to the fact that the accused had stolen her money and her mobile phone.

She narrated that she then shouted for help, and some men pursued the accused, who had already ran away. She said she told them the direction the accused had taken. She further testified that the men later caught up with the accused, while he had already boarded a van which was about to leave for Tobokoto.

She revealed that the men pulled the accused out of the taxi, and searched him and found the mobile phone on the accused, but he had already given the money to the person he was with, who had disappeared.

She further stated that the accused was then arrested, and taken to the PIU personnel who later took him to the Kanifing Police Station.

She further added that, at the PIU, the accused said he would call his wife to bring him the sum of D350 to give to the complainant.

At this juncture, 2118 Gomez applied to tender the mobile phone as an exhibit, and it was shown to the accused to tell the court whether he was objecting to the application made by the prosecution.

The accused then told the court that he knew nothing about the mobile phone. While in the dock, he cried bitterly. “I am at the mercy of the court,” he said, in tears.

Magistrate Tabally granted the application made by the prosecutor to tender the mobile phone as an exhibit.

The accused was granted bail in the sum of D10, 000 with two Gambian sureties in like sum.

The case was adjourned for continuation. 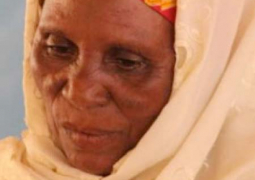