The executive members of the National Patriotic Students Association (NAPSA) on Monday 2011 conduct a one-day tour of schools in Kombo north and south.

The aim of the tour was to have first-hand information about the turnout of students in schools during the first week of re-opening of schools. The tour party had a dialogue with students and school authorities.

The theme of this year’s tour centered on ‘the increase in forgery of results by students, and the relationship between teachers and students.’

The first school visited by the delegation was , where the principal, Saja W.D Sanneh, welcomed the visiting student leaders.

According to him, the officials of NAPSA are doing their best, and that being a student leader is a challenge, because the students expect you to fight for them whether they are doing good or bad.

Sanneh went on to say that, in his school, Friday is normally taken as a holiday by some students, despite the punishments put in place to avert the practice.

The principal also informed the student leaders of some other bad behaviours of students, and promised to take the necessary measures.

He said the students should know that the original copies of their results are everywhere, so they cannot tamper with it.

Mr Sanneh also said it is a professional misconduct for a teacher to abuse a student, and if any teacher is caught in the act he or she will face the law.

The second school visited by NAPSA executive was , where Muhammed F. Jabbie, the principal of the school, also echoed similar sentiments.

He said in order to put a stop to forgery of results, and the abuse of students by teachers one should speak to the children themselves.

The delegation then headed to where they also met with the school authorities.

Haddy E. Sosseh Saidy, the principal, said the past grade nine results were good, and the only problem for some students was Mathematics.

He further said that the student-teacher relationship in her school is cordial, and they encountered no serious problems between the two, adding that each of them knows his or her boundary.

She added that forgery is a criminal act, and the culprits should be taken to court if anyone was found misbehaving.

The final port of call for the delegation was .

The principal, Mr. Jobe, noted that when it comes to student-teacher relationship, they are very strict, because they once had a problem regarding the issue and were able to tackle it before it was too late. 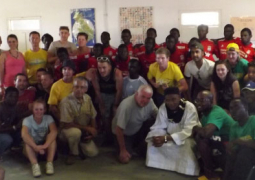 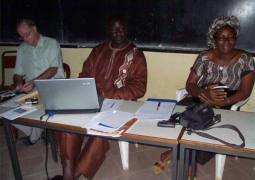 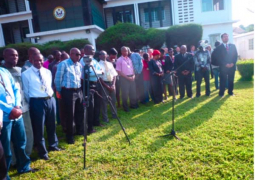