Malaria - Bedlam in the Blood

It begins with a bite, a painless bite. The mosquito comes in the night, alights on an exposed patch of flesh, and assumes the hunched, head-lowered posture of a sprinter in the starting blocks. Then she plunges her stiletto mouth-parts into the skin.

The mosquito has long, filament-thin legs and dappled wings; she’s of the genus Anopheles, the only insect capable of harboring the human malaria parasite. And she’s definitely a she: Male mosquitoes have no interest in blood, while females depend on protein-rich hemoglobin to nourish their eggs. A mosquito’s proboscis appears spike-solid, but it’s actually a sheath of separate tools—cutting blades and a feeding tube powered by two tiny pumps. She drills through the epidermis, then through a thin layer of fat, then into the network of blood-filled micro capillaries. She starts to drink. To inhibit the blood from coagulating, the mosquito oils the bite area with a spray of saliva. This is when it happens. Carried in the mosquito’s salivary glands—and entering the body with the lubricating squirt—are minute, worm like creatures. These are the one-celled malaria parasites, known as plasmodia. Fifty thousand of them could swim in a pool the size of the period at the end of this sentence. Typically, a couple of dozen slip into the bloodstream. But it takes just one. A single plasmodium is enough to kill a person.

The parasites remain in the bloodstream for only a few minutes. They ride the flume of the circulatory system to the liver. There they stop. Each plasmodium burrows into a different liver cell. Almost certainly, the person who has been bitten hardly stirs from sleep. And for the next week or two, there’s no overt sign that something in the body just gone horribly wrong.

We live on a malarious planet. It may not seem that way from the vantage point of a wealthy country, where malaria is sometimes thought of, if it is thought of at all, as a problem that has mostly been solved, like smallpox or polio. In truth, malaria now affects more people than ever before. It’s endemic to 106 nations, threatening half the world’s population. In recent years, the parasite has grown so entrenched and has developed resistance to so many drugs that the most potent strains can scarcely be controlled. This year malaria will strike up to a half billion people. At least a million will die, most of them under age five, the vast majority living in Africa. That’s more than twice the annual toll a generation ago.

The outcry over this epidemic, until recently, has been muted. Malaria is a plague of the poor, easy to overlook. The most unfortunate fact about malaria, some researchers believe, is that prosperous nations got rid of it. In the meantime, several distinctly un-prosperous regions have reached the brink of total malarial collapse, virtually ruled by swarms of buzzing, flying syringes.

Only in the past few years has malaria captured the full attention of aid agencies and donors. The World Health Organization has made malaria reduction a chief priority. Bill Gates, who has called malaria “the worst thing on the planet,” has donated hundreds of millions of dollars to the effort through the Bill and Melinda Gates Foundation. The Bush Administration has pledged 1.2 billion dollars. Funds devoted to malaria have doubled since 2003. The idea is to disable the disease by combining virtually every known malaria-fighting technique, from the ancient (Chinese herbal medicines) to the old (bed nets) to the ultramodern (multidrug cocktails). At the same time, malaria researchers are pursuing a long-sought, elusive goal: a vaccine that would curb the disease for good.

We’ve taken on the major health problems of the poorest - tuberculosis, maternal mortality, AIDS, malaria - in four countries. We’ve scored some victories in the sense that we’ve cured or treated thousands and changed the discourse about what is possible.

No significant move for Gambia in Fifa rankings 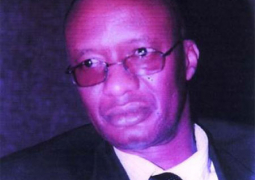