There is no doubt that the introduction of automated teller machines or ATMs in the country has made banking convenient for many customers.

The essence was for customers to access their accounts 24/7, and at their own convenient time.

What even makes it good is that customers can access their funds even if banks are closed, and people do not necessarily need to carry more cash on them at all times, which thus makes them more secured.

They are faster and don’t require long queues, as the case is in the banks.

Of recent, we have seen ATM facilities being installed almost all over the Greater Banjul Area with most banks now providing the service in most of their branches in Banjul, and other major towns including Serrekunda and Brikama.

However, the ATM also comes with challenges for customers as they can break down or run out of cash, a practice that is very common now in the country.

Many ATM users in the country would recall that the systems do many times go off-line as users are now becoming familiar with messages such as: “your financial institution is not available”, “this machine is out of service”, etc.

These messages are very discouraging to customers. Using ATM facilities than going to banks is either due to their busy schedules or the urgency for them to have cash at hand.

Well since the ATMs are not meant for mere decoration, banks should endeavor to keep the facilities running 24/7, as they are claiming.

Bank staff in charge of the ATMs should be patient enough with the customers, especially if they complain of the facilities not working.

We urge banks to always take note of the complaints, and to act on them speedily, in the interest of good customer service. 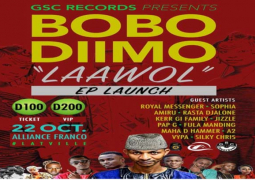