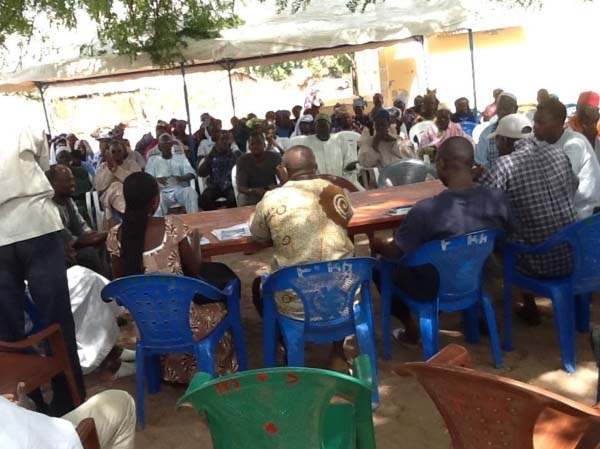 The AGM brought together dignitaries from the Global Youth Innovation Network Gambia chapter (GYIN Gambia chapter), the Central Bank of the Gambia (CBG), VISACA Apex as well as the villagers and the satellite villages.

VISACAs across the country have provided access to financial services, putting an end to their members’ dependence on shopkeepers and moneylenders.

Delivering his welcoming remarks on the occasion, the Alkalo of Medina Sancha, Mbye Ceesay, thanked the dignitaries and villagers for their participation in the AGM, which, according to him, showed their commitment towards the success of the bank.

The Village VISACA president, Aja Sohna Ceesay, for her part, hailed the community and the satellite villagers for honoring the AGM invitation, noting that because of V-Apex’s good monitoring and supervision they have continued to operate in the village.

She appealed on behalf of the village women for development organisations, UN Agencies and the government to provide them with a market and a vegetable garden.

“We all know what we are benefitting from this village bank directly or indirectly,” he said, calling on the community to double up their efforts, particularly in settling their loans on time to sustain the VISACAs and make more deposits in the village bank.”

Speaking on behalf of the V-Apex, Fanding Darboe expressed delight at the way Medina Sancha community is operating the village bank.

He said there is still need for improvement, particularly in making savings at the bank.

“There is need for change. The people should know that the bank is not for V-Apex but for the people of Medina Sancha and the satellite villages.

“We want you to increase savings in your bank so there can be profit; if that happens, in few years’ time there will be no need for credit or loan from outside Medina Sancha.’’

Also speaking on the occasion, the representative of Central Bank of The Gambia (CBG), Siaka Bah, who is Principal Microfinance Officer at the Bank, described Medina Sancha VISACA as one of the best village banks in the country, while urging members to make more deposits.

“We are happy to witness your AGM and that is why we will also share our ideas and knowledge on how best to operate your bank,” Mr Bah said.

“Village banks ensure that villagers have a secure place to keep their savings and end their dependence on moneylenders.”

He also called on the Medina Sancha community to increase savings and pay loans on time to maintain the bank’s smooth operation as well as save for the future. 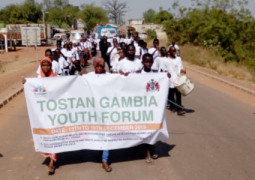