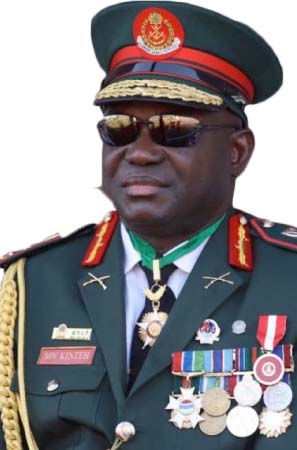 He has been replaced by deputy Chief of Defence Staff, Maj. Gen. Yakuba A. Drammeh.

Lt. Gen. Masanneh Kinteh was reappointed CDS in 2017 after a change of government. He had previously served in the same position under Yahya Jammeh, former Gambian leader before being deployed for foreign mission.

The President, the released added, also seized the opportunity to thank General Kinteh for his service to the nation.