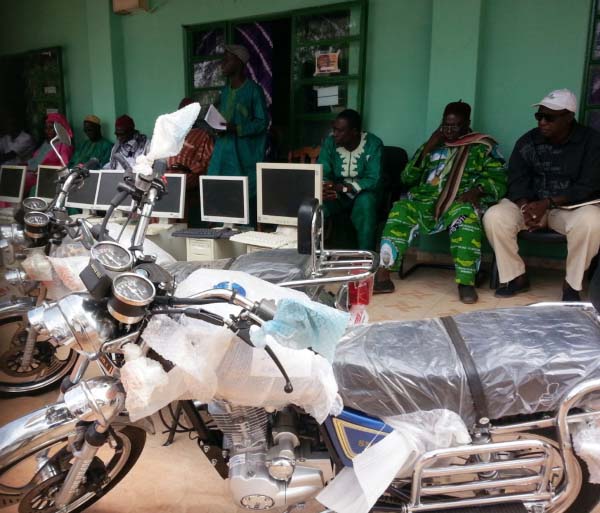 From a state of insolvent with a debt of two million dalasi in less than a year ago, the Mansakonko Area Council is now thriving to focus on developmental projects under its new administration.

The Chief Executive Officer of the Mansakonko Area Council, Samba Leigh, recalled that their main focus from April 2013, when he took over, was to restore the image of the council by settling its debts and the payment of staff salary arrears, which summed up to over two million dalasi.

According to him, the council put more emphasis on the key priority areas with strong business policies in place for work to begin with the new administration.

“We carried on group tax collection involving council officials, district chiefs and village representatives and at the same time assured the taxpayers that their monies are in safe hands,” he said.

On Thursday 9 January 2014, the council handed over to four of its tax collectors brand new motorbikes worth D30,000 each and a reconditioned Mitsubishi brand four-wheel drive vehicle worth D250,000 to the chairman of the council.

The Chairman of the Mansakonko Area Council noted that his council could not provide mobility to tax collectors at each of the six districts of the Lower River Region and to the tax tribunal office at the time of the presentation but a plan is in place to that effect.

He disclosed that D10,000 had already been released to each of the fifteen ward councillors of the region from their individual ward development budget of D125,000 for them to start their projects.

He also said the area council had spent over D440,000 in renovating senior staff quarters, the council offices, and some parts of the market in Soma.

In his presentation speech, the Governor of Lower River Region, Salieu Puye, expressed pleasure with the forward stride made by the Mansakonko Area Council.

He requested assurance from the recipients of the materials that it would unquestionably add value to their work and functions of the council.

He observed that “much more funds should be generated by the council” on the grounds that it is the region’s main source of funding for local projects.

He reminded the council staff to nurture the existing partnership they have with the lower authorities and eventually to all stakeholders within and beyond the Lower River Region.

My brother was killed because of D30, Isatou tells the court 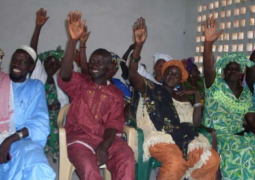