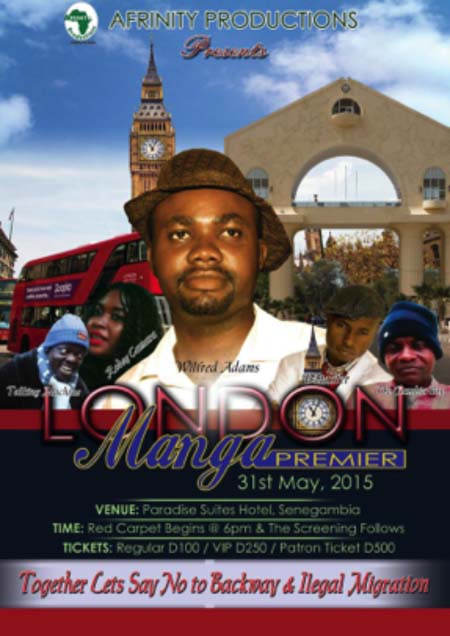 Adamu, a talented radio presenter, is advised by a fellow presenter to travel to Europe, on the ground that his talent would be appreciated the most in the Diaspora.

Upon hearing the counsel, not counting the cost or thinking twice, he threw caution to the winds, resigning job like most abroad conscious people would do.

He decided London was the place; he started behaving like a clown, practicing the lifestyle and the culture of the people, while still in The Gambia. At a point, he was considered to have lost his mind by friends and relatives.

Reality done on him when there was no means to raising the money to travel, frustration set in, life became a bore, going back to work was far from being an option, he had his mind made up to be in Europe, no matter what! Luck smiled on him, when the man he considered his godfather offered to help on a condition.

He eventually made the journey, getting there, trouble started for him, all that glitters was no longer gold, he settled for menial job, there, real trouble found him, he became a fugitive running away from the law! Will he hold out or come back to Africa? Here, the real story begins!

There are lessons to learn from this movie, people want to be in Europe. What they don’t realize, Europe is not a bed of roses.Say no to back way!!

The Producer Mr Wilfred Adams thanked all the cast and crew and the media houses that attended the press conference and profusely thanked H.E. President Yahya Jammeh for sponsoring the premiering of the film.

“Together let’s say no to back way and illegal migration,” Adams appeals to especially the youth in The Gambia and, by extension, Africa. 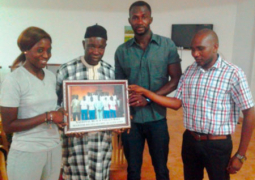