The campaign against the proliferation of small arms and light weapons needs to be taken very seriously.

Simply put, in order to maintain peace and security in the West African sub-region, controlling the circulation of small arms and light weapons is pivotal.

The devastating effects of the use of light weapons and small arms is evident, especially from the wars and civil unrest witnessed in recent years in some West African nations.

To start with, the legislative framework and provisions on the control of firearms in the various countries must be adhered to, at all times and by all and sundry.

Indeed, promoting peace and stability is in the interest of all, thus the need for everyone to support the ongoing campaign to control small arms.

The challenges associated with controlling the proliferation of small arms and light weapons are huge, but by working together we can make a difference.

Regular community sensitisation and outreach programmes can also help in controlling these weapons.

Even in the absence of war, light weapons and small arms could be dangerous, especially when they fall in the hands of criminals.

It is said quite often that maintaining peace and security in the country would ensure sustainable development.

The government showed political commitment when it introduced a bill in April 2009, establishing the National Commission against the Proliferation of Small Arms and Light Weapons.

It went further to provide it with an office and initial running budget, which is laudable.

Consequently, we want to encourage all communities in all West African states to organise the voluntary surrender of small arms and light weapons in their midst to the right authorities.

We must remember that maintaining peace is everyone's business! 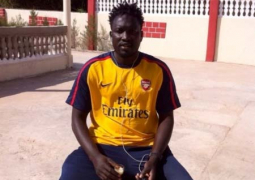 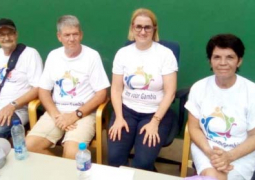