Lawyers in the case involving nine former NIA officials yesterday battled over their release from custody, since the state has so far failed to bring forward proper information before the court for prosecution.

They were objecting to the state counsel’s application for an adjournment before Justice Kumba Sillah-Camara of the Banjul High Court.

When the case was called for mention, O. Danso and B. Jeng appeared for the state whilst defence counsel C.E. Mene, E.E Chima, B. Bouye, P. Gomez, U. Achigwe, and D. Dayo, represented the 1st, 2nd, 4th and 6th accused persons.

The 3rd accused, Saikou Omar Jeng, 5th accused, Yusupha Jammeh, 7th accused, Tamba Sireh, 8th accused, Lamin Darboe and 9th accused Babucarr Sallah were asked by the trial judge if they want to get their own lawyers or want the state to get them lawyers.

The 5th, 7th, 8th and 9th said they want the state to give them lawyers. The 3rd accused, Saikou Omar Jeng, said he would get his own lawyer.

State counsel O. Danso then informed the court that they did not yet receive the case file from the police.

She said the situation remained the same and no reason had been given by the police, adding that they had written to the police, who were yet to respond.

Counsel, therefore, asked for a short date to see if they could get the case file, and decide whether or not to proceed with the case.

In response, lawyer C.E Mene recalled that at the last court sitting, the court made it clear that it is not a storage facility for cases, if the police were not ready with the case.

“If the police are yet to forward the case file to the AG’s Chambers, one month after the accused were arrested, it shows that there investigation is incomplete.”

The question, therefore, was why they arraigned them when investigations are not complete, because arraigning them means they are ready to prosecute them.

“In this new Gambia, it is important for us in the administration of justice to encourage investigation-driven arrest rather than arrest pending investigation,” counsel declared.

It showed that the arrest and detention of the accused are not driven by investigations, and since there was no proper investigation before the court, it means that even the plea could not be taken, counsel went on.

He added that he was relying on section 19(5) and section 19(3b) of the constitution.

“I am objecting to the application, and my submission is the combined effects of arrest that was not driven by conclusive investigation, and the arraignment of the accused without a complete case file being forward to the AG; and the fact that the court asked the prosecution to put their house in order and nothing was done, is the frustrating side of the matter.”

Counsel, therefore, urged the trial judge to exercise the court’s powers under section 19(5) of the constitution, and that for any reason the court was minded to grant any further adjournments, it should be on strict terms for the purpose of an expeditious trial.

Defence counsel Chime also said he was associating himself with the submissions of counsel C.E. Mene, but added that he wished to emphasize the fact that the accused persons are in Mile 2 (in custody at the remand wing of the maximum security prison located just outside Banjul), and keeping them there without trial tantamount to justice denied and justice delayed.

“I urged the court to release the accused persons conditionally or unconditionally, pending the time that the state is minded to proceed.”

Counsel Achigbue also associated himself with counsel Mene’s submission, adding citing the fact that there was nothing before the court, in the form of a proper charge; because the investigation that has been conducted pursuant to which they have been arrested, has no grounds to bring any information before the court in respect of the accused persons.

Counsel D. Dayo also associated himself with counsel Mene’s submission, and urged the court to grant the application.

State counsel O. Danso in reply said the submission made by the defence counsel was misconceived.

She said the defence relies on section 19(5) of the constitution, which stated that a person should be discharged within a reasonable time, and the state respects that.

She said the case first came up last Monday, and from then to date was a reasonable time.

She urged the court to grant the adjournment.

The trial judge subsequently granted the state’s application to adjourn the case, saying he was minded to do so in the interest of justice.

However, the state must not relent in its efforts to follow up on the case file, so that proper information before the court could be filed on or before the next court sitting.

The case was then adjourned until 20 March 2017, for mention.

Meanwhile, the family members, including the wife and daughter of UDP’s late Solo Sandeng, stormed the court house with a large crowd to witness the proceedings.

With eyes glittering with anger, after the proceedings, they verbally attacked the accused.

This provoked the family members of the accused persons, who responded and there was a clash between the families. 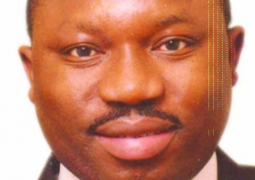