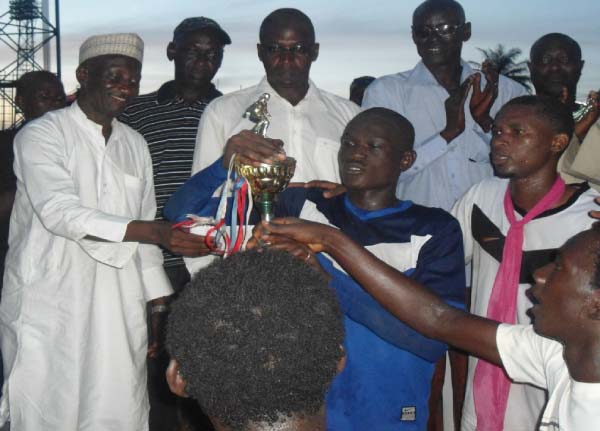 The sparkling curtain-raiser final was the repeat of the encounter between the two big guns when they met in the final of the knockout, which ended in Ron Mango’s favour after they reclaimed the title at the expense of the young lads last year.

The youthful Zuwa FC team under the captaincy of magnificent gloves man Musa Touray, who made his senior team debut for the GFA top flight team Steve Biko, led a hard fought encounter and their struggle was finally rewarded with an excellent second half strike by Famara Sonko also known as Michael Essien.

The inspirational midfielder headed home what appeared to be the only goal of the weekend’s contest, after centre back Musa Njie’s powerful long range effort hit the cross bar.

The rebound  fell to the midfield ace Sonko, who wasted no time in firing home the game’s only goal amidst joyous jubilation by Zuwa FC team’s supporters, with even their girls suspending their family activities to watch the Bakau New Town based team in action with excitement.

Ron Mango who entered the weekend’s clash on the back of extraordinary performance that have seen them win both the league and the knockout titles last term, had their efforts of taking advantage of their previous successes hampered by goal scoring inability.

They occasionally went close to threatening the opposing goalkeeper Musa Touray, but a string of world class saves by Steve Biko’s promising gloves man have seen Ron Mango fall short in their attempt to earn themselves a happy afternoon.

The defeat have dashed their hope of winning their first ever super cup title, having also missed out in the fight to claim the only title that evaded the Bakau New town outfit.

Zuwa FC was awarded a trophy plus an additional reward of D5,000 while Ron Mango walked away with a consolation prize of D3,000 as runners up.

With the super cup success to their name, Zuwa FC has now set their sights firmly on adding two more top accolades to their trophy cabinet, as they intensify their preparatory programme ahead of the league and the knockout tournaments set to begin tomorrow.

For Ron Mango, their focus now is to maintain their league and knockout glories, which they won for the third time in succession last season, although they will face a huge challenge from some of the big name teams in the Bakau Naweetan. 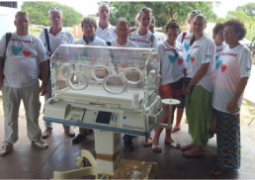