(Tuesday 05 January 2010 Issue)
In their traditional New Year Message to the nation, the leading lights of the United Democratic Party (UDP) and the Gambia People Democratic Party (GPDP) have both spoken of the need to curtail the escalating prices of essential commodities.

Below we reproduce the full text of the messages:

"My Gambian compatriots and friends living in our country,

Let me first of all extend to all of you my greetings and that of the United Democratic Party. Just a few days ago we celebrated together the auspicious feasts of Christmas and Tamharet. This is a pleasant coincidence with Christians and Muslims all over the world celebrating two of the most important events in their religious calendars. The Christian feast of Christmas commemorates and celebrates the birth of Jesus Christ whose prophet hood and status as one of the messengers of God is recognized and accepted by every true Moslem. The Moslem feast of Tamharet or Yumal Asura is the beginning of the new Moslem year. Both event hold promises of deliverance for mankind. The two feasts being celebrated in the month of December this year conjure peace and joy, good neighbourliness and harmony. In this month of December, Christians and Moslems the world over rededicate themselves to peace and renew their hopes for a better, more peaceful and just world in the coming year, which is equally true for the Christians and Moslems in the Gambia. The occasions offer us, we the Gambians and our friends living amongst us, the opportunity for introspection and retrospection of the year ending and anticipation of the New year and what is may bring for all of us in terms of our welfare and wellbeing.

As we look back at the year we are about to end, we have to admit that the economic condition of the average Gambian has been dire. The prices of basic commodities have been on the increase and the means of making a living are not available. Employment opportunities, particularly for the young people, are virtually non existent. Work in the public sector is available mainly in the army, police and prison services and even in this case, hundreds are turned away because of limited places.

We follow with great anxiety, the difficulties facing the tourist industry, one of the major employment outlets in the country. We cannot continue to blame the failings of this industry on the global economic downturn. Our own management of the industry and sometimes pronouncements have resulted in high spending tourists looking for alternative resorts. We cannot ignore the fact that tourism, which is a major foreign currency earner, must be nurtured through national and efficient policies on the part of government without sacrificing moral values.

At the beginning of December whilst counting down to 1st January, we were looking forward to 2010, with high hopes and expectations. Hopes that the lot of the average Gambian will improve, particularly in his ability to make ends meet - feed his family, send his children to school, live in a decent dwelling that he can afford. With the recent taxes introduced by the government in the budget, particularly the sales tax on rice, it is hard to see how the situation next year can be an improvement on this year. To the contrary, an increase in the prices of our staple food by any means, would spell additional hardship on the people. Any increase in the living conditions of Gambians has always been as a result of increases in taxes and duties.

The year 2009 has witnessed a series of arrests and detentions the reasons for which in most case, have been a matter of speculation for Gambians. Since we live in a country where the constitution and other laws reign supreme, it is necessary for the citizenry to know the reason for arrests and detention and in some cases dismissals from the public service. In these and other cases speculation is rife. Transparency in these cases could allay fears and confusion. Mutations in government, indeed the civil service have been difficult to follow much less comprehend.

The global trend is to provide the media easy access to information. The media?s role in the dissemination of information and differing opinions is accepted and recognized by all democratic governments as a sine qua non to good governance.

The arrest, trial and conviction of six Gambian journalist (subsequently granted Presidential pardon), are a direct assault on the right of individuals to express differing views on a topical issue. As we approach 2010, we can only pray for a healthier government - private media relationship and a harmonious public media and dissent group relationship.

As we end the year, we cannot but remember our fellow Gambians who have not been with their families for a long time now and whose whereabouts or state of health are unknown to us. I think particularly of journalist Chief Ebrima Manneh and the UDP?s Eastern Kombo Constituency Secretary Kanyiba Kanyi. We can only join the multitude of local and international appeals that continue to be made for their release, and demand that in the spirit of peace and goodwill that these two religious celebrations epitomize, these Gambian brothers be charge and brought before the courts or released.

A fortnight ago, the life and times of a great Gambian - Deyda Hydara - was celebrated. His life and what he stood for will continue to be celebrated but such celebration will have real meaning for his colleagues, family and those of us who were beneficiaries of his PEN if before the next anniversary of his death; those who cowardly brought about his untimely death are apprehended and brought to justice. Let us all Gambians pray to God the Almighty to remove any and all hurdles impeding the apprehension of the cowardly criminals.

The year 2009 has been a year of abundant rain and good harvest. As we enter the New Year, we can look for ward to a good groundnut trade to the satisfaction of all actors particularly the farmers. Groundnuts have been, from time immemorial, the main livelihood or our farmers and the mainstay of our economy; a good trade season can only augur well for the economic wellbeing of the country. We pray therefore for a good prosperous season.

Finally, as we start another year, we do it in the sincere hope that the peace and good will symbolized by both Tamharet and Christmas be a reality and that the wishes and prayers we have made for the health and wellbeing of our families, ourselves and our country be realized in the new year.

On behalf of the Democratic Party, I wish you all a prosperous new year and good health in 2010.

May God bless you all and The Gambia."

"I think we would first of all thank God that we have overcomed a very turbulent year, and also thank the government for maintaining peace and stability in this country over the years.

For me, all I have to tell Gambians is that we should have a national pride in the sense that anytime you ask a Gambian what are you? he or she will tell you that I am a Fula, Jola, Mandinka, Manjajo, Wollof etc. I think this is one of the reasons why we are still lacking behind. Having a national pride will save us from tribalism, nepotism and corruption. I am appealing to all Gambians to use the year 2010 as a year of national pride. It is evident that 2009 was a very hard year for everybody in this country. We should not use the much talked about world economic crisis to oppress the weak.

I would also appeal to government to give a closer look at the escalating prices of commodities in this country and even prices of national documents like ID Cards, Passports driving licenses. I think government should always consider the salaries of the poor when such unfortunate situations take place.

We as Gambians should know that there is no APRC, UDP, NRP, or NADD Gambia. There is a Republic of the Gambia. Let us put aside our selfish interests and be honest to our people and our country. Let us know that we are all free and deserve a chance of peace and happiness. We are not as divided as our politics suggests; that our dream we share are more powerful than the differences we have. No dream is beyond our hands if we go, fight and work for it.

As I always, greatness is never a given, it must be earned. We at GPDP will start working towards our supporters and our programmes in the year 2010. GPDP is having a special welfare to offer the country that no other political party can provide. I am wishing the President and his government, all GPDP supporters, Gambians in and outside the Gambia a prosperous new year with long life, good health and happiness. The Gambia belongs to all of us and having different ideas should never make us enemies. Let us always have the interest of our country in our hearts. May God bless The Gambia." 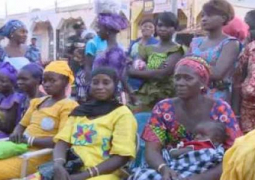 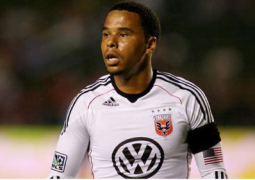 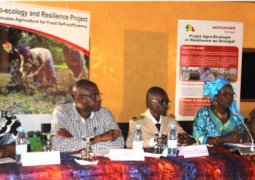 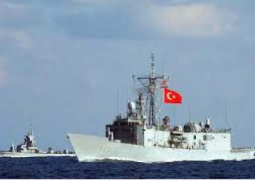