The Kanifing Magistrates’ Court, presided over by Magistrate Ngube, recently granted D200,000 to one Muhammed Ceesay, who was arraigned on a two-count of obtaining money by false pretence.

According to the charge sheet on count one, the accused, Muhammed Ceesay, on 12 August 2011, at Latrikunda Sabiji, in the Kanifing Municipality and several places, with intent to defraud, took from one Malachu Asuguo US$1,200, under the pretext of providing him a Turkish visa, which he knew was false or have reasons to believe to be so.

The charge sheet on count two stated that the accused on the same place and time, with intent to defraud, took from one Francis Obina, an amount of D20,000, under the pretext of providing him a Turkish visa.

Muhammed Ceesay denied the charges and was subsequently granted court bail of D200,000, with two Gambian sureties, who must be residents within the jurisdiction of the court.

The case was then adjourned till 13 September 2011 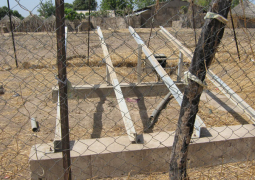