That game will take place at the Serrekunda West basketball court.

The YMCA secured top spot in group B after recording three victories out of three outings, while Serrekunda East managed to finish as the runners-up having already snatched two straight wins in two matches.

Wallidan finished at the summit of the league table in group A after registering three straight wins in three games which earned them a place in the semi-final while their Sunday’s opponent Lamin finished runners-up in group B securing only one victory in two games. 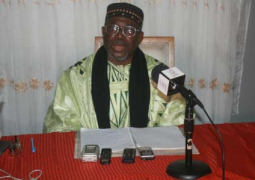 The hand of fate?