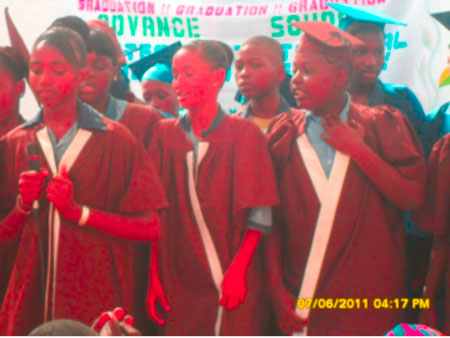 Three hundred and ninety-nine pupils attending Advance Nursery and Lower Basic School in London Corner on Friday received their certificates at a colourful ceremony held at the school premises, after graduating to other levels in their schooling.

Parents, teachers and other invited guests all attended the event held under the theme: “Education is the Key”.

“We are all gathered here to bid farewell to the pupils who have successfully completed their Nursery and Grade six levels. Since the inception of my school in 1995 to date we have registered tremendous achievements and today we have every cause to celebrate not just with the children but with everyone that has been part of the train, which includes teachers, parents and of course the management of the school,” Mrs Jobe said.

She expressed optimism that the school would come out with results of flying colours in the National Assessment Test (NAT) held throughout the country last month.

She disclosed that two of her nursery school teachers are undergoing the Early Childhood and Development Programme, a teacher also teaching at lower basic level in the school is also doing P.T.C course and two other teachers are also attending H.T.C studies both at the Gambia College.

Headmistress Jobe advised the outgoing pupils to take their education seriously if they want to achieve their desired objectives because, as she put it, education is the main key to success; therefore as they walk into a wider and broader level of their education pursuit, they should not forget the moral discipline that has been inculcated in them during their three and six years of schooling at Advance Nursery and Lower Basic School.

The passing-out ceremony also witnessed the presentation of certificates to the outgoing pupils and deserving teachers.

Speakers on the occasion included Gambia College’s Head of School of Education Isatou Ndow and Father of the Advance School Nuru Adams.

Previous:
What do we know about "Project Aid The Gambia" and "Peace Village International"
Next:
Beakanyang sensitizes communities on climate change, discusses project details

Liverworld Community Sports in The Gambia 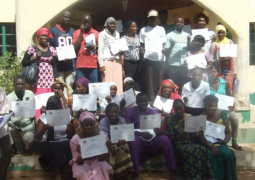