Reigning South District Tournament champions Sifoe on Friday shared the spoils with Banyaka, after a goalless match in the group C tie played at the Tujereng Football Field, to maintain their unbeaten run in the 2013-2014late Kajali Badjie and late Ismaila Nyassi tournament in what is dubbed the Kombo South District’s biggest fiesta.

The win has earned Sifoe a place in the quarter finals, with 5 points in three outings and also being unbeaten since the start of the tournament last month.

The draw saw last year’s semi-finalists Banyaka out of the competition, after bagging two points in three games, and they will now hang their boots until next season.

Elsewhere, Berending also drew goalless with Gunjur Kunkujang in group A at the Sifoe Football Field.

Tanji are topping group B with 7 points in three outings, Tujereng and Nyofelleh are in 2nd and 3rd places, with 4 points each in three games, and Mamuda are rooted at the bottom with 1 point in three games.

Human Capital: Education a Catalyst for Development of The Gambia 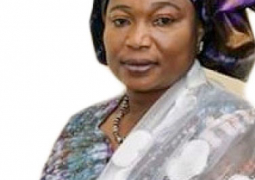