Africa is indeed blessed with vast and untapped sources of energy that if taken into consideration by so called government and leaders will help solve one of the continents dying needs. Whiles most government has continually invested in hydro-electric power, which falls heavily on rain pattern, the project has worked and failed in some countries.

It is high time they take a look at solar energy which some so called energy experts will argue that is not viable despite the continents unlimited free supply of sun. It is no doubt that they are just making unnecessary arguments whiles their sister nations in Africa are making serious investment into the venture. Even a partnership with some European nations and North Africa to build the world’s largest concentrating solar power plant (CSP) using just 0.3% of the Saharan Desert.

The Desertec Foundation made up of scientists, businesses and government executives lead the project which is now on hold due to issues being worked out among partners. This however means other nations cannot embark on their own projects in their back yards. This however needs a lot of support from government instead of spending huge amounts on issues that will yield no positive results.

An example is Morocco’s Solar Plan Project which has being regarded as one of the world’s largest and ambitious solar energy project. This project when completed will put them towards a path of secure and sustainable energy supply. Already the country is the largest importer of fossil fuels in North Africa to generate energy. The aim of the project is to generate 2 Giga Watts of solar energy by 2020 by building five solar power plants with modern solar thermal, photovoltaic and concentrated solar power mechanism.

In Ghana a British Energy firm has being issued a license to begin a solar project. The giant 155-megawatt Nzema project will be one of the biggest in the world if completed. Mere Power Nzema Limited a subsidiary of Mere Power UK and Blue Energy is embarking on the project which plans to begin operation in 2015. The project will see the installation of about 630,000 photovoltaic panels making it the sixth largest in the world.

The Nigerian Federal Ministry of Power is also embarking on a 10 Mega Watt Katsina Wind Farm Project to boost electricity supply in the country which is one of the worst in West Africa.

Democratic Republic of Congo government is also attempting to harness the potential of the Congo River by building the world’s largest hydroelectric project dubbed the Grand Inga.

In Central Namibia Soitec has installed a concentrator photovoltaic (CPV) demonstrated plant in its isolated rural village of Usib near Rehoboth. The 25 kilo watt installation has been connected to the grid of national power utility, NamPower and provides power to users including a school in its remote region.

There are other solar projects ongoing in other parts of Africa including South Africa’s project Eskom project in Upington, Africa.

Ethiopia is also developing its own renewable energy. The country which is one of the largest in Africa is also one of the driest. Due to this most of its land is unsuitable for agricultural production, causing the government to shift its focus to biodiesel crops that flourish under the harsh climatic conditions of Ethiopia

There are more than 62 million acres of land available in Ethiopia suitable for biodiesel crop farming, which if fully developed, would make Ethiopia the largest biodiesel producer in the world.

In recent years, we have seen efforts to increase clean energy output, with the North African nations leading in solar and wind categories, Kenya in geothermal, and Ethiopia in bio-crops. Once developed, the alternative energy output from Africa could supply all of Europe and the African continent with clean inexpensive energy.

The continent of Africa is endowed with vast untapped clean energy sources if funded and given needed attention will put an end to the continents constant growing population and need of energy. 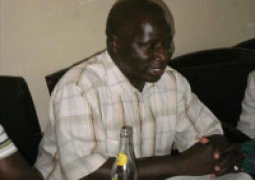