The issue of land is very important and it is as old as the origin of humanity. To already understand the concept of land I tried to look at some definitions.  The Oxford Advanced Learners Dictionary states that land is the surface of the earth that is not sea. Secondly too, it defines land as an area of the ground especially a particular type or used for a particular purpose whether fertile, arid story, flat or undulating. Lastly the dictionary of the Ecumenical Movement defines land as a solid space and location created by God. Land was the third object created by God on the third day of creation.

LAND IN THE BIBLICAL PERSPECTIVE:

All definitions point to the same mass of land or surface of the earth which from the Biblical perspective is known to be one of the creations of God, the creator. The land or earth present in the universe did not occur by accident or was created by some other being other than God.

Land is precious to both God and humankind for whom it was created for (Gen. 1:26 & Gen. 2:15) God created the land freely and dedicated it to humankind. The land thus came as gift. Secondly in his dedication to humankind God gave the land as a responsibility and a task for humankind to care and safeguard it. However the land and its fruits later became according to the Genesis story an object of temptation and strife for humankind which consequently became a place of suffering and a threat. Thus the four aspects that determines land.

Land as a promise and gift, as task and demand and as temptation and threat is ever present in the biblical history of the people of .

As promise it accompanies the people as landless sojourners in the desert or temporary dwellers in slavery in a foreign land. As gift, it is appropriated and celebrated in the conquest and occupation of the Promised Land. As task and demand it occupies a prominent place in the law. As temptation for greed and injustice and as threat of a new, landlessness, it is prominent in the message of the prophets.

The gift of land to Adam and to humankind is not exhausted with the . Every people has its land and as the universal nature of God’s rule is more clearly perceived, this means that God, (of Israel) has brought the peoples to their land (Amos 9:7-15) and determined the boundaries of their habitation (Acts 17:26). Thus there exists an indissoluble bond between the people and the land. The land is for the people and the people for the land.

God out of his benevolence gave land to all humankind so that it is enough for all. All peoples are to use land accordingly for food, shelter and other natural use and resources.It has never been God’s intention for humankind run short of land and its use. Land grabbing therefore originated from man’s temptation of greed and want.  It is as if humankind constantly wants more not for its own use but to become over possessive.  There are a lot of bad effects to this which as a result brings about land grabbing which is contrary to God’s will and wish. All of humankind has been created with dignity and in the likeness of God and so should be accorded all that is necessary for a proper and rightful human way of living. This includes the right to have land for the purpose of dwelling, food, shelter and other natural resources for energy. God gave land to humanity as a gift to be used, preserved and cultivated.

CHRISTIAN MORAL AND SOCIAL TEACHINGS ON LAND AND LAND GRABBING:

In the era of the people of all land since it is created by God belongs to God and is only given to humankind in trust for its use. As in many cultures and in African Culture, land is communal, land belongs to everyone and to communities and these are handed over by tradition. Land does not belong to one secluded person or authority.In many instances, prophets like Isaiah, Amos, Micah have denounced the greed of Kings and many leaders who dispossess people from lands.

From the Christian concept as proceeding from Biblical tradition,land is seen as a means to life. The Christian concept therefore denounces land as a source of profit because the accumulation of more land in this way enables profit to beget profit which leads to land grabbing. The end result of land grabbing means the dispossession of land from the poor peasants who are left landless and land ends in the hands of few people who claim rights.

In the history of the Catholic Church, it’s social teachings has been based on land being seen as a means to life and everyone is entitled to it. Pope Leo XIII in his social document called, Rerum Novarum (1891) defend the concept of private property i.e. the peasant’s ownerships of his land.Even though this stands out as sensible and right, but we know that it has been overturned by the global economic structure which poses difficult ethical, economic and ecological problems. In recent times, we were conversant with the stance of the Catholic Church through the teachings of the late Pope John Paul II (Laborem exercens) who vigorously defended the rights of peasants to own and use land. In West Africa his intention became a blessing with the establishment of the Foundation of John Paul II for the . This foundation was meant to defend the rights of peasants in their use of the land and to fight against drought and hunger.

Other noteworthy ventures in the universal churches teachings against land grabbing and the availability of land were seen in the 1989 Lutheran World Federation consultation “land is life” which sees the problem of land grabbing as something to be confronted. Also the WCC, 1952 study conference in Luck now India, saw the need for radical reform of land tenure system as means to appease land grabbing.

As this forum is for advocacy and lobby, what should be prevalent is to hold and teach what comes from the Bible. In the Biblical teachings, God is primarily the author and proprietor of all land in the universal world. He had given out land to humankind out of his benevolence for food, shelter, peaceful co-existence among peoples and for other natural resources such as energy.

In propagating that land is for all and land is for food and substance, therefore the right to adequate food will be realized. All people who access land will know its good purpose so that there will be enough food grown for everyone so that our world will get rid of hunger. 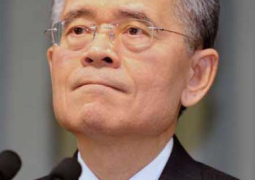