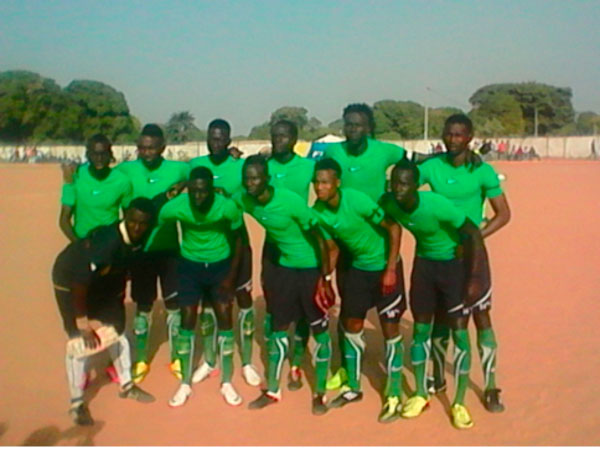 Both sides started the game slowly and very difficult for any side to settle.

They actually created numerous goal-scoring chances in the first and third quarter of the match but they failed to utilize the chances created.

Ousman Jawara and Seedy Drammeh could have netted the opener for Young Scorpions but squandered those goal-scoring opportunities.

Lamin Faye scored the only goal for LL Saine FC in the dying minute of the game to grab the Essau annual league title.

As champions, LL Saine walked away with a giant trophy and cash prize of D20,000, while Young Scorpions received D15,000 as the runners up.

Anaconda FC and FIG FC were decorated with jerseys and balls for snatching third and fourth places in the championship.

Abibou Brito, head coach of Young Scorpions, said he was not glad because the referee “was not fair”.

Brito thanked his boys for their stunning performance while encouraging them to take the defeat in good faith.