The eviction exercise carried out in Kunkujang Keitaya village in the Kombo North district last week came on the heels of an eviction order from the office of the Sheriff at the High Court of The .

The order, signed and sealed by Joseph A. Effim, as Sheriff of The Gambia, and circulated to the Hon. Chief Justice and Inspector-General of Police, was dispatched to the affected landlords dated 24th November 2009.

Meanwhile, Foday Mangasuma, the man whose ownership is supported by court injunction, told our reporter that the court process started on the 30th May 2003 through 23rd November 2006. On this date in 2005, Mr Mangasuma added, the Brikama Magistrates Court, presided over by then Magistrate Buba Jawo ruled in his favour to claim his land, he told this reporter.

"Two days later, the evicted landlords mobilised each other and went to the high court to turn down the eviction order on the grounds that they would appeal, which never happened. The court granted their application to stop eviction process, while the appeal process was to be started. The seven days notice the court gave them initially has turned into five years, in November this year," he added.

It would be recalled that at least three families in Kunkujang Jattaya village were recently evicted by officers of the Police Intervention Unit (PIU).

Speaking to The Point at the scene, Landing Bolong Jatta, a victim, said that the compound they were ordered to vacate belonged to his brother.

Mr Jatta pointed out that in 2005, "the same people came to us and ordered for the eviction of the compounds". He added that they were told that the vicinity belonged to one Foday Makasuma.

Wandefa Njie, another victim, told reporters that he was never informed about the eviction. Njie added that he received a call while he was at work, informing him that there were police officers in his compound, "asking my wife to take out our belongings, out of the compound, as the compound belongs to one Makasuma".

Mr Njie said that he purchased his land in 1996 from one Krubally, adding that he was paying the rates every year.

Another complainant, Musa Manneh, also told this reporter in an interview that he bought his land over fifteen years ago.

He noted that he was never notified about the eviction. He said he obtained his compound from the former alkalo of the village. He went on to say that his gate was locked, and his belongings were parked outside the compound. 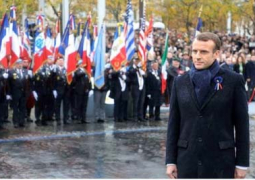