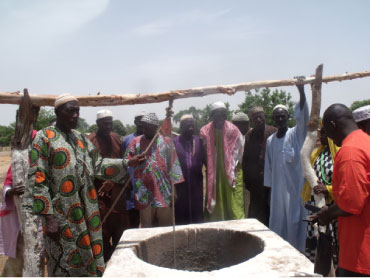 The annual homecoming cultural festival of the historical village of Kudang in the Southern Central River Region, seen as a symbol of revitalization of the culture, norms and customs of the village, was held on 14 and 15 May 2011 at the village of Kudang.

Our reporter, who was part of over 2500 home-comers from across the country, the sub-region and the diaspora, said the festival was among other aspects geared towards showcasing the rich cultural diversity of the village.

This year's edition, described by many as 'memorable and touching' history, where home-comers and future generations learn about the rich culture of the village, was characterised by a cultural show and visit to religious, social and cultural sites, which, according to elders, have helped to make the village of Kudang a blessed community in The Gambia. It also brought together Kudangkas in the Kombos.

It all started on Saturday morning 14 May 2011, when elders of the village, as the norm of the festival, took visitors and home-comers to five most important historical sites across village where they explained and narrated the history of those sites.

It was a fascinating and thrilling history that everyone would like to associate with, simply because it gives home-comers a thorough insight about events that unfolded in the village during and after their ancestors and forefathers, all geared towards helping the young generation to know about the history and culture of their native village.

The first site visited was 'Namasita', a religious site, where the Marenahs are the custodians of the site. Narrating the history of the site to home-comers and journalists, Na Massay Marenah, one of the elders and custodians of the site, said: "Namasita has come through the blessing of God the Almighty and since then, the site has been a very important place for people seeking wealth and knowledge.

"There was a Baobab tree and a place where bees also stayed but the norm was that no one is allowed to take a single fruit of that Baobab tree or the beehive without the consent of the custodians. Failure to abide by this always resulted into a spiritual problem."

According to Na Massay, no one has the right to take the said fruits away but people can eat it only at the site itself. "People come from long distance to visit and pray so that God can answer their prayers," she said.

The village custodian added that the most important aspect of 'Namasita' religious site was that it served as a base for bees, which, she noted, protects the village from any external aggression, sighting, as an example, a clash between villages in the area, in which the bees protected and stopped those from other villages from entering the village.

From 'Namasita', the home-comers visited 'Sukuntu Sita', another important historical site said to be have been in existence for decades. At the site, village elders told the gathering that the site was meant to protect the young women.

Also visited was 'Masitty Kolo', a historical stream now turned to a well, where members of the Conteh family are said to be the custodians. The stream, according to the villagers, has existed for decades.

The villagers revealed that the well has lots of benefits including serving as a source of medicine for women who find it difficult to deliver, those going for war and people sitting for exams.

"The water from this well helped residents of the village in various ways because even during the Burma war, none of the Kudangkas lost their lives due to the fact that they were drinking the water from the well," a villager narrated.

The elders, also gave a brief account of the well, said it had been in existence since the first settlers came to Kudang some decades ago, noting that the  importance of the site cannot be over-emphasised.

The last sites visited were the 'Berabato Sito' and 'Bafeykeh', which are other very important religious and social sites, said by elders to have been very useful to the development of the village since time immemorial.

The home-comers also visited the 'Kabilos' (wards), where members gathered and welcomed the traditional masquerades, who were disseminating the message from the organisers.

A native of Kudang village, The Point's Sainey Marenah also described this year's cultural event as a mega one, noting that the turnout was huge, as people from all walks of life including those from the diaspora and the sub-region were in attendance.

Our reporter also gathered the views of some of the home-comers.

El Haji Saer Toure, who headed a Senegalese delegation to the cultural event, said: "We came from Dakar, Senegal, for this homecoming festival. We are part of the village because our mother is a native of Kudang but married in Senegal. So we came here to learn about our tradition and culture, which I believe is important."

Toure, who could not hide his impression about what he learned during the festival, added: "I am happy to reunite with my family and friends and I believe it is vital for us to know our roots. This has really helped us from Senegal to say that we share many things in common. We have learned and shared experiences with our brothers and sisters here in Kudang."

Alagie Mamadi Kurang, Chief Executive Officer and Managing Director of Jollof Tutors Training Institute, also spoke to our reporter. "I feel great; after a long time I did not return home for this festival, which I believe is now revitalised. Coming back to my roots means a lot to me and my family."

According to Mr Kurang, he has reunited with his family and friends. "As you can see, I am coming from the bush with the cultural masquerades. So it means a lot to me coming back home and I hope to attend and participate in the next edition of the festival."

Masanneh Camara and Lamin Jobarteh, both expressed sentiments similar to the previous interviewees, while describing the festival as educative and interesting.

Sutay Njie, a senior staff at Actionaid The Gambia, Kudang Development Area 8 (DA8), also underscored the need for people to know and understand their roots.

Alagie Edrissa Ceesay, a teacher, said: "The day is more than great because seeing old friends and age mates is really amazing."

The event was graced by the village Imam and Alkalo, as well as community elders, who all prayed for continued spiritual growth, peace and prosperity for the village. 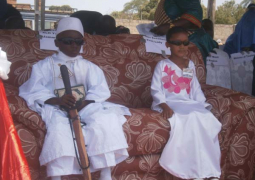