Fans of the 2019 Africell-sponsored Zonals Super Nawettan champions Kombo East, have expressed delight over their achievement and success in this year’s tournament after, defeating Serekunda West 1-0 in the Saturday’s final played at the Independence Stadium.

Modou Kujabi 67th minute wonderful goal was all but enough to crowned Kombo East champions of the Super Nawettan tournament.

Speaking in an interview with Point sports, Dembo Kuyateh expressed joy and excitement with the success, saying he knew what their players are capable of, judging from their performance since the commencement of the championship.

“The entire Kombo East came together with one heart, mind and soul during the tournament to ensure that we gain success in the championship. This is the spirit we came with at the Independence stadium during the final,” he explained.

According to him, Kombo East was never short of players, adding that the only issue was a technical problem which they have identified and solved. He added that the secret behind Kombo East’s success this year is unity, determination and hard work.

Binta Jarju also expressed delights for having a successful zonal championship this year, saying the crown and success will signify a lot in the communities of Kombo East. “Many people didn’t believe that Kombo East will go this far in the tournament,” she observed.

Lamin Darboe said he is very excited because this marked a big achievement and success in the communities of Kombo East after making their third appearance in the Super Nawettan tournament. “This success occurred as a result of hard work and determination by our side. If you look at Kombo East, our leagues have the best format in the Gambia which is why it pays dividends today,” he said.

He added that the victory is very huge for the people of Kombo East, adding that this will also make people know that there is football in Kombo East. 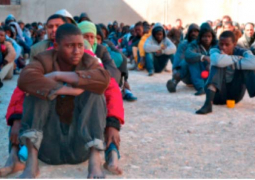