Mayor Yankuba Colley of the Kanifing Municipal Counci l(KMC) yesterday testified in the trial of Oley Sey and Abdou Rahman Bah at the Banjul Magistrates' Court presided over by Magistrate Lamin George.

Both of them are being tried on charges of conspiracy to commit a felony and stealing. It was alleged that the two accused persons stole the sum of D500,000, being the money of Sulayman Junkung Jammeh Nursery at Abuko.

Testifying, Mayor Colley told the court that prior to 29th July 2008, he was called by the Secretary of State for Basic and Secondary Education Fatou Lamin Faye to attend a presentation of D500,000 at her office.

Further testifying, PW1 told the court that after the presentation ceremony he advised the 2nd accused and the community of Abuko to bank the money on the same day with three signato

ries. And that they should bring the bank documents to his office for him to confirm.

According to him, he told them to make a receipt for any expenses for onward transmission to the President.

He said the money was with the 2nd accused who left together with the car of the 1st accused. He added that they told him that they were going to confirm to the Chief of Protocol receipt of the money.

He said that was the last time he saw the 2nd accused until he received a concern from the community of Abuko.

He revealed that later both accused persons came to his office and he asked them about the money and they told him the money was in safe hands, but he insisted that they had to bring the money or bank book because banking it was much safer.

According to him, they had a meeting in his office and proceeded later to the Office of the Secretary of State for Basic and Secondary Education and anytime they were asked about the money, they would tell them the money was in safe hands, especially the 2nd accused.

He said when Oley Sey was asked whether she had knowledge of the money, she gave a negative response. He added at the meeting the chief of protocol called him and told him that the accused persons should not leave the place unless they produced the money or else they would be arrested. He said it was then the 2nd accused Abdou Rahman Bah told them that he had given D400,000 to the 1st accused Oley Sey and he was left with D100,000 of which he had already spend D20,000. He stated that Oley Sey denied been given D400,000 but instead she was given D200,000.

He said a plain-cloth police officer arrested both accused persons. Then, he said, he left for his office until he was called to make a statement.

Meanwhile both accused persons were granted court bail in the sum of D300, 000 each.

The case was adjourned until 4th September 2008. 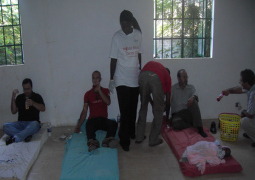 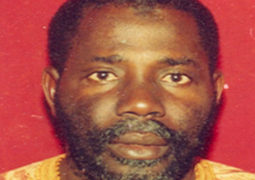