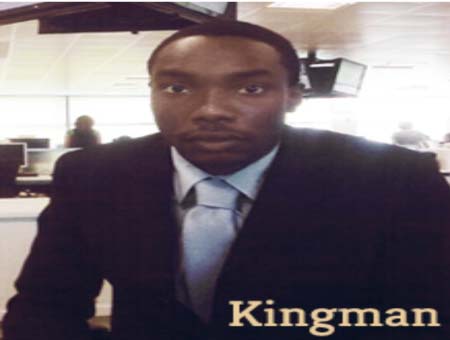 Kingman is a Jamaican upcoming reggae artiste who has a huge passion for reggae music is expected to be in The Gambia to promote his music and have collaboration with Gambian artistes.

Kingman has released song called ‘Friends’ in September 2010, ‘God is Always There’.

He has been a fan for a long time. His favorite reggae artistes are Bob Marley, Shabba Ranks, Junior Reid, Capleton, Buju Banton, Sizzla, Beenie Man, Delly Ranks, Luciano and many others.

He has attended several big reggae concerts, as a fan, to see big reggae artistes such as Buju Banton, Sizzla, Turbalance and Capleton.

He has also performed at several events. Kingman is a great lover of reggae music and is still a big fan.

A humble and respectful person, Kingman is now working on his debut album.

Bakary Ceesay, alias Baks his promoter in The Gambia, describes Kingman as a promising and talented artiste.

When in The Gambia, the international star will add value to the Gambian music industry.

He will be having series of concerts in The Gambia to promote his music, while collaborating with artistes.