This book makes a heart rending reading. It is the most poignant historical work on the systematic rape and plunder of by Europeans. The plot centres on the DRC. formerly , formerly from 1850 to 1908, a half century of premeditated brigandage against this part of by agents, sub agents. and sub-sub- agents of a man called King Leopold of . One man who accorded to himself the entire entity of the Kongo.  Many times bigger than . And even bigger than the whole of Western Europe, but as it happened in the . So did it happen in other parts of colonial , perhaps sometimes on a less brutal scale. . As the name of this plundered land came to be known in annals, became a backyard . Garden is perhaps a soft word, because to get yields from even a garden, one must till: to King Leopold was an open field, with legs wide open to be violated left, right, centre of its resources. No effort was needed to reap its resources except brutality. First, in the 1880s, it was ivory which Leopold's wicked agents plundered. Then when the tusks got finished, wild rubber was the take: when all the rubber trees were cut, then it was minerals.

How King Leopold exploited was a nasty. brutish, sad story. He ran the place like a state: indeed he called it The Congo Free State' a misnomer by all accounts. The was the apotheosis of criminality, human rights abuses including massacres, hangings, slave labour. Child labour. rape. The worst of all, the King's henchmen including district commissioners, tax collectors, askaris went on a campaign of terror against resisting civilians cutting hands, limbs of people (Did the wicked RUF rebels in Sierra Leone learn their brutal tactics from these acts?) who fail to meet the King's rubber or ivory quotas. If villager. Ntombazi. For example. Fails to harvest 25 kilos of wild rubber per week, King Leopold's overseers will either cut his left hand or if he is very lucky, kidnap his wife or child for keep till he brings the full quota. King Leopold's henchmen were so good at kidnapping and press ganging children that ten colonies of slave children were established in all parts of The Congo Free State.

These brutalities would have gone unnoticed to the outside world where it not for the intrepid humanitarian work of men like Morel. Roger Casement. Hezekiah Shanu, a Nigerian, and the many Christian evangelists who roamed the taking evidence of the brutalities being meted out by King Leopold in search for wealth to build palaces. fountains, public squares. hire harems and other frivolous expenditures. Journalists like Joseph Conrad. Also cracked the pot of King Leopold's to reveal the inhumanity which went on there. The West was shocked by the photos of severed hands and floggings in the . and soon a whole maelstrom of protest movements grew up to condemn the Leopoldian brutalities. Such that by 1908, enough international outcry had been generated to shame King Leopold into surrendering his' colony to . Which to was really like jumping from the frying pan into a fire. He died soon after.

This book is a resounding indictment to colonial exploitation of by the West. It is also. a work in defence of human rights. Above all, it is a great work of history the author, a noted prize winning author teaching at the . uses all the tools of a professional historian - archival research, myths, oral sources. narrative. interpretation, even bias to wound together all the frayed threads of the benighted niche that King Leopold was.

It is a must read for human right activists, journalists, students of colonial history and political leaders who wish to be instructed on the murky world of colonial exploitation and how it went hands in glove with human rights abuses. 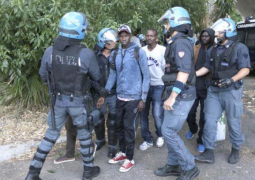