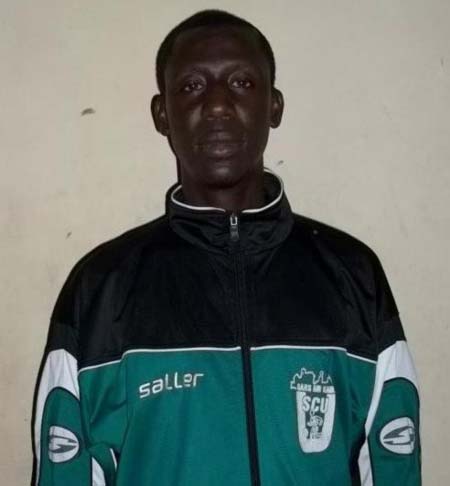 Baboucarr Coker, Real De Banjul stand-in coach, has said their turning point in the contention for the league title was when they lost to Samger FC in the week-21 encounter of the GFF first division league.

He added that they have completed their mission which was to win their final game of the league, but it was unfortunate Steve Biko FC beat Hawks FC by a goal to nil to be crowned champions.

“We wanted to retain the title,” he said, adding that they played well during their final game of the league and won but it was unfortunate Steve Biko FC also won.  “We have taken it in good faith,” he said.

Coker remarked that he is a competent person to take charge as head coach of Real De Banjul next season after guiding them to second position this season because he began his coaching career at the third division, then to second division and now to the first division league, but said it is left to the club to decide whether to give him the job or not.

He noted that he was not under any pressure taking over when Alagie Sarr resigned, adding that if the job as head coach is given to him, he will take it.

Mustapha Manneh, head coach of Gamtel FC, said he was disappointed with the defeat, but added that the pitch was not good and did contribute to their defeat.

He stated that they wanted to win the league but knew they had a slim chance, adding that they were not under any pressure coming into the game.

“We prepared well to win and have a better position,” he went on, saying they have improved a lot this season finishing 4th position with 23 goals compared to last season when they finished 8th position with 16 goals.

He added that the money stake may have also contributed to the toughness of the league this season.

“There was no rest or break for the league and it affected teams,” he said, adding: “It is not good in football as far as building a team is concerned.”

Manneh who won the FA Cup three consecutive times with Gamtel FC but yet to lift the league title since taking over Gamtel from Sulayman Corr, stated further: “It may be very bad not winning the league but if I resign I think 22 coaches should also resign.”